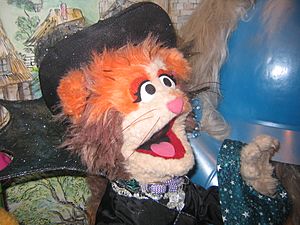 Between 1972 and 1995, the series, originally known as Sesame Street Canada and later Canadian Sesame Street, became an institution for preschool Canadian children. During the 1970s and 1980s it anchored a three-show block that included Friendly Giant (later replaced by Fred Penner's Place) and Mr. Dressup.

In 1972, the bulk of Sesame Street's content was licensed out to CBC Television, originally as five-minute interstitials during "commercial" breaks. CBC then added live action and animated segments teaching about Canadian culture and French bilingualism, replacing segments on Spanish and American history on the original program. (Some Spanish segments still aired in Canada, although fewer in number). Most of the production of the Canadian segments took place in Winnipeg and Montreal. The American Sesame Street occasionally featured Canadian guests as well, such as Saskatchewan-born singer Buffy Sainte-Marie.

In 1981, the amount of Canadian content per show was increased to 30 minutes. In 1987, a series of specially made Canadian Muppet characters were introduced, including Basil the Bear (played by Bob Stutt), French-Canadian Louis the Otter, Dodi, a bush pilot, and Katie, a girl in a wheelchair.

The Henson Muppet shop also provided some Anything Muppets which could be redressed to become whatever characters the script called for, including Barbara Plum (a parody of CBC broadcasting legend Barbara Frum). Beau Beaver, an animated character, would discuss national symbols, particularly those appearing on Canadian money. 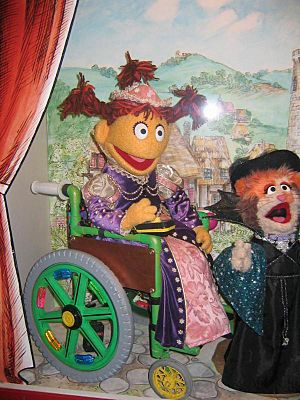 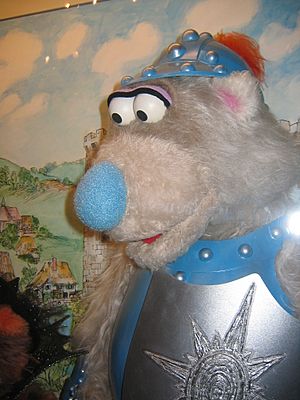 Basil the Bear from Sesame Park, in a knight's armour. This puppet, along with fellow characters Katie, Chaos, and Louis are all on display in the CBC Museum.

In 1996, the CBC decided to take on the job of producing different kinds of content for the series; specifically to have their own "street". Producer Shirley Greenfield and screenwriter Jill Golick decided to set the show in a park, rather than on an urban street. A new half-hour series entitled Sesame Park was born. In addition to three or four segments set in the park, each episode also consisted of almost entirely Canadian segments with only occasional American ones, most commonly featuring Bert and Ernie. Added to the cast was a Muppet kitten named Chaos (named after Golick's own cat) and a human character named Ray. Many guests made appearances on the series, including Red Green, a Canadian situation-comedy character played by Steve Smith, and Eric Peterson as Old King Cole.

The series joined the CBC Playground lineup on October 21, along with Wimzie's House.

Sesame Park was cancelled in 2001 for undisclosed reasons.

Sesame Street now airs on Treehouse TV, a Canadian channel aimed at preschoolers. Various segments, including Global Grover and Elmo's World, have aired separately on the channel for many years after Open Sesame.

All content from Kiddle encyclopedia articles (including the article images and facts) can be freely used under Attribution-ShareAlike license, unless stated otherwise. Cite this article:
Sesame Park Facts for Kids. Kiddle Encyclopedia.