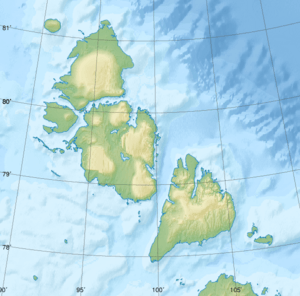 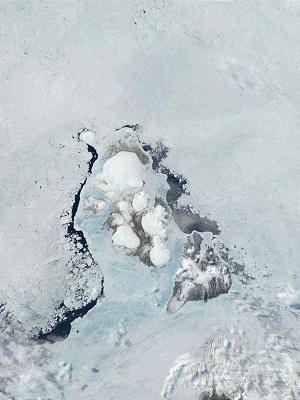 Severnaya Zemlya is an group of islands of about 30 islands in the Arctic Ocean. The islands were known as Emperor Nicholas II Land. Severnaya Zemlya was first noted in 1913 and first charted in 1930–32, making it the last group of islands on Earth to be discovered. Politically, the islands are part of Russia's Krasnoyarsk Krai region, but are uninhabited by humans except for an Arctic base. There is a meteorological station on Golomjanny island. Scientists live there for some months of the year.

A phenomenon called Arctic sea ice decline can be shown on the islands: In the 20th century, the islands were a portion of Eurasia which was always covered by ice. Even as the ice melted in summer, some of the ice remained, and blocked what is called the Northeast Passage. If it were ice free the Northeast passage would permit to naviagate from the Atlantic to the Pacific Ocean easily. By the late summer of 2012, the permanent ice had reached a record low extent and open water appeared to the north of the archipelago.

All content from Kiddle encyclopedia articles (including the article images and facts) can be freely used under Attribution-ShareAlike license, unless stated otherwise. Cite this article:
Severnaya Zemlya Facts for Kids. Kiddle Encyclopedia.