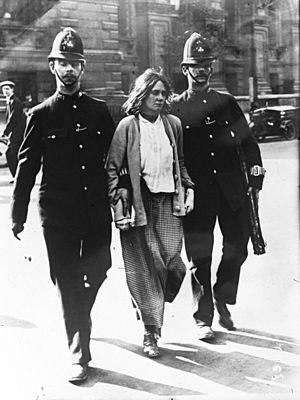 A suffragette is being arrested, in London, in 1914. Suffragettes campaigned for women's right to vote in elections. 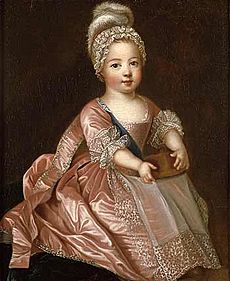 Sexism is generally defined as discrimination based on the gender of a person—looking down on people because they are male or female. Sexism may also include stereotyped roles for men and women. International laws, such as Convention on the Elimination of All Forms of Discrimination against Women or Yogyakarta Principles demand to abolish any kind of sexism. Sexism could affect a person attending a party, getting a job, joining a game, trying to get a promotion, being selected and so on. The women's rights and men's rights movements claim to fight sexism.

Sexism is often associated with discrimination against women due to the history of sexism in the western world.

World literacy is lower for females than for males. On 9 October 2012 the Pakistani schoolgirl Malala Yousafzai was shot in the head on her schoolbus by Taliban gunmen because she did activism for girls' rights to education.

All content from Kiddle encyclopedia articles (including the article images and facts) can be freely used under Attribution-ShareAlike license, unless stated otherwise. Cite this article:
Sexism Facts for Kids. Kiddle Encyclopedia.