The Southland Museum and Art Gallery Niho o te Taniwha is located in Gala Street, Invercargill, New Zealand. It is Southland's largest cultural and heritage institution, and contains a wide variety of the region's art, history and natural history collections. It is notable for its 1990 pyramid-shaped building, constructed over the original 1942 museum. In April 2018 the museum was closed indefinitely due to earthquake risks. 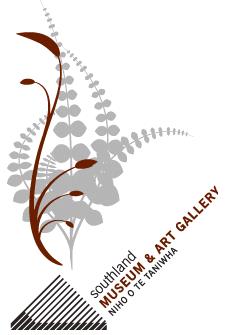 The museum observatory, the only public observatory in Southland, was operated by members of the Southland Astronomical Society, with school groups often visiting. 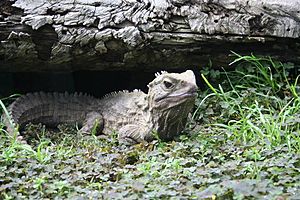 The tuatarium facility, built in 1974 and expanded to 200 m2 in 1990, houses over 50 live, individual tuatara ranging from new babies to the famous Henry. Henry, who joined the museum in 1970, is thought to have been born around the year 1900, and holds the world record for the tuatara kept longest in captivity. Henry mated for the first time in 2009. The tuatara breed regularly every two years, and from 1989 to 1995 produced eggs annually. A new acrylic roof that allowed ultraviolet light through to the tuatara has contributed to 100% egg hatching success and 100% survival success since installation.

The museum's Māori Gallery emphasised the everyday aspects of pre-contact life in Murihiku/(Southland). This included the processes of adze making, fishing using bone and stone lures, and musical instruments. The natural history gallery displayed rare and endangered species such as the kakapo and kiwi, as well as subfossil bones of extinct birds such as moa. This gallery also covered subjects such as geology and sea life. "Beyond the Roaring 40's Gallery" interpreted the unique and vulnerable subantarctic themes and was developed utilising both museum and Department of Conservation expertise.

A fossil forest of petrified wood exists at Curio Bay on the southeast coast of Southland. A reconstruction of this, where visitors can walk among the stumps and tree sections of petrified wood 130 million years old, can be found in front of the museum along with two-metre bronze tuatara sculpture.

The art galleries featured regular contemporary and historical art exhibitions, both travelling shows and works from permanent collections, often with a regional emphasis which includes Stewart Island and the Subantarctic Islands. The museum has a significant collection of art, photography, ceramics and craft; of special note is the work by William Hodges "A Maori before a waterfall in Dusky Bay " (1773), and Te Mauri, the large pounamu boulder that travelled to America as part of the Te Maori Exhibition in 1984.

Southland Museum and Art Gallery Niho o te Taniwha (the tooth of the taniwha) began as a small collection first exhibited in 1869 by Andrew McKenzie in his Invercargill "Scotch Pie House and Museum". The collection was purchased by the Invercargill Athenaeum in 1876 and transferred to the Southland Technical College by 1912.

Although a museum board was formed in 1915, the museum remained under the control of the Southland Education Board until it was constituted under the Southland Museum Board (Inc) in 1939. The original building at the entrance to Queen's Park was built as Southland's New Zealand Centennial memorial and opened in 1942, but without an art gallery due to insufficient funds. There have been many extensions to the original structure, with the art gallery opening in 1960, the additional of the Southland Astronomical Society Observatory in 1972, extensions to the building in 1977 and 1984, and a total redevelopment in 1990.

The period of redevelopment from the 1970s to the 1990s was credited to the leadership of Museum Director Russell Beck, and Chairman of the Southland Museum & Art Gallery Trust Board, Dr Alfred Philip (Alf) Poole (1922–2005).

The staff of 41 was reduced to 10: four curators and six working on collections. The museum plans to open a new exhibition space in central Invercargill in 2019, in collaboration with the Invercargill Public Art Gallery on the ground floor of the former bank building on the corner of Don and Kelvin streets. The Council had budgeted $200,000 a year for four years to maintain a temporary facility. As of July 2019, the large collection items have been removed from the upper floors of the museum, and the collection is being prepared for relocation to a storage facility as yet unknown.

Planning is in process for a redeveloped museum building to reopen in 2023. 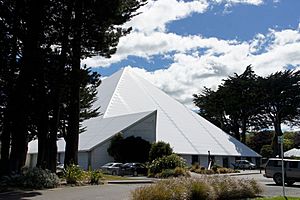 The 1990 building, which encloses the previous museum building, is the largest pyramid in the Southern Hemisphere. It has a floor space of 5000 m2, is 45 by 52 metres wide and 27 metres high.

All content from Kiddle encyclopedia articles (including the article images and facts) can be freely used under Attribution-ShareAlike license, unless stated otherwise. Cite this article:
Southland Museum and Art Gallery Facts for Kids. Kiddle Encyclopedia.