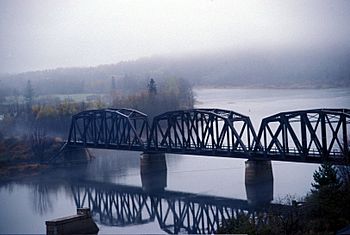 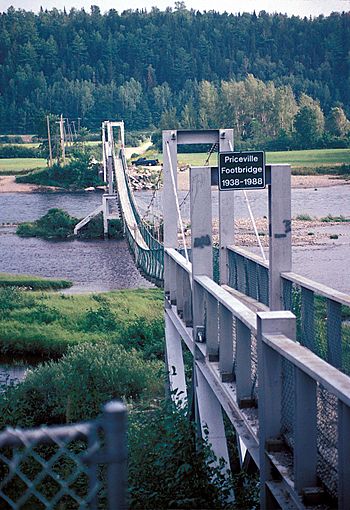 The Southwest Miramichi River is a river in New Brunswick, Canada.

The river is noted for Atlantic Salmon fishing. It is navigable by canoe throughout much of its length. Nearly every bend in the river, for example Push and Be Damned Rapids, has a distinctive name reflecting the importance of the river to fishermen, canoeists, and lumbermen.

All content from Kiddle encyclopedia articles (including the article images and facts) can be freely used under Attribution-ShareAlike license, unless stated otherwise. Cite this article:
Southwest Miramichi River Facts for Kids. Kiddle Encyclopedia.