Spring Run (also known as The Gut) is a tributary of the West Branch Susquehanna River in Northumberland County, Pennsylvania, in the United States. It is approximately 2.3 miles (3.7 km) long and flows through Delaware Township and Watsontown. The watershed of the stream has an area of 1.34 square miles (3.5 km2). The stream is designated as an impaired waterbody due to sedimentation/siltation and unknown causes. The stream is classified as a Warmwater Fishery. 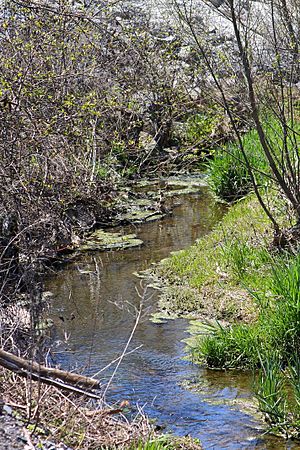 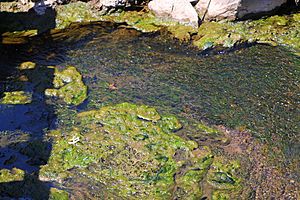 Algae and plantlife in Spring Run

The watershed of Spring Run has an area of 1.34 square miles (3.5 km2). The stream is entirely within the United States Geological Survey quadrangle of Milton. Its mouth is located at Watsontown.

The designated use for Spring Run is aquatic life. The stream is classified as a Warmwater Fishery.

In 2015, Warrior Run Community Corp was issued a permit to construct a new pedestrian bridge over Spring Run for an existing walking trail. The proposed bridge was described as being a timber pedestrian bridge with a length of 30 feet (9.1 m). Moran Industries once applied for a permit to discharge stormwater into the stream during construction activities.