Stracathro is located 2 1⁄2 miles (4.0 km) southeast of Edzell in NE Angus. It lies to the northeast of Brechin on the A90.

A Roman marching camp has been discovered at Stracathro. This Roman Camp is one day's march from the next camp, at Raedykes to the north. The gate design of the Stracathro Roman Camp is a distinctive bell-shaped indentation of the rampart perimeter.

Stracathro was the site of the Battle of Stracathro in 1130. This was the culmination of an invasion into southern Scotland led by Angus, ruler of the partially independent "kingdom" of Moray, who desired to expand his territory and obtain recognition as a ruler independent of the Scottish kings. Angus was met by the royal army, led by the Constable of Scotland in the absence of King David, who had pressing business in England. The result was a decisive victory for the king's men. Four thousand Moravians were killed, including Angus, and Moray became wholly part of the kingdom of Scotland.

At Stracathro on 7 July 1296, John Balliol publicly admitted the errors of his ways and confirmed his reconciliation with Edward I, King of England. John Balliol abdicated on 10 July 1296, the arms of Scotland were formally torn from his surcoat, and after being held for three years in the Tower of London he was allowed to flee to France, where he died in 1314. His abdication and surrender of the Royal Crown and Seal of the Kingdom of Scotland to Edward I of England led to the First War of Scottish Independence.

Stracathro railway station served the sparsely populated rural area around the villages of Stracathro and Inchbare as well as Dunlappie and other estates from 1896 to 1964 on the Brechin and Edzell District Railway. The station was opened as 'Inchbare' and then briefly renamed 'Dunlappie' before finally being named 'Stracathro 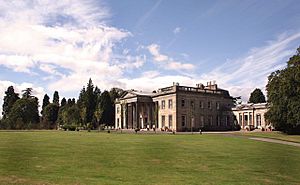 Stracathro House is a fine A-listed Palladian-style mansion, overlooking the Cruick Water. In 1775, the Stracathro Estate, which extended to almost 800 hectares (2,000 acres), was bought by Patrick Cruickshank who had made his fortune in Jamaica. His brother, Alexander inherited the property and employed the Aberdeen-based architect Archibald Simpson (1790–1847) to build the house between 1824 and 1827, together with a deer-park and gardens. In 1874, the house and estate was purchased by Sir James Campbell (1790–1876), Lord Provost of Glasgow and father of Prime Minister Sir Henry Campbell-Bannerman (1836–1908).

Stracathro House was requisitioned by the government in 1938 but reverted to private ownership following its sale by Tayside Health Board in 2003. It is being refurbished as a family home. Cottages in the grounds are let as self-catering holiday accommodation.

A temporary Emergency Medical Services Hospital was established in the grounds of Stracathro House to cope with military and civilian casualties during the Second World War. Stracathro Hospital became an NHS hospital and is now managed by NHS Tayside.

All content from Kiddle encyclopedia articles (including the article images and facts) can be freely used under Attribution-ShareAlike license, unless stated otherwise. Cite this article:
Stracathro Facts for Kids. Kiddle Encyclopedia.