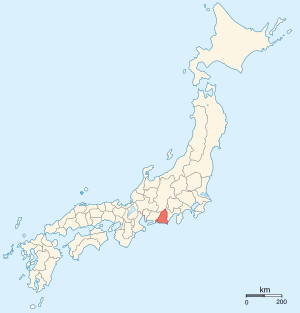 The province had borders with Mikawa, Suruga and Shinano Provinces. 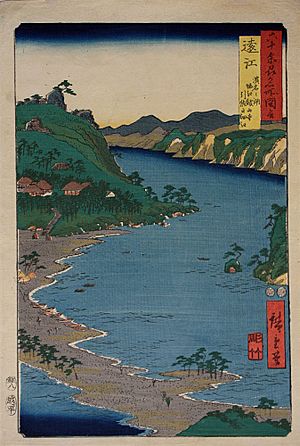 Tōtōmi was one of the original provinces of Japan established in the Nara period under the Taihō Code.

In the Edo period, the Tōkaidō road was the main route between Kyoto and Edo. The road passed through Tōtōmi.

Oguni jinja and Kotonomamahachimangū were the chief Shinto shrines (ichinomiya) of Tōtōmi.

All content from Kiddle encyclopedia articles (including the article images and facts) can be freely used under Attribution-ShareAlike license, unless stated otherwise. Cite this article:
Tōtōmi Province Facts for Kids. Kiddle Encyclopedia.