Tahlee is a suburb of the Mid-Coast Council local government area in the Hunter and Mid North Coast regions of New South Wales, Australia, located on the northern shores of Port Stephens. The suburb is sparsely populated with the only significant population centre being the property of Tahlee, from which the suburb got its name. The remainder of the suburb is primarily undeveloped bushland.

The earliest inhabitants of this area were the Worimi people tribe. Tahlee comes from the local Aboriginal word, Tarlee, meaning "sheltered from the wind and above water". Early relationships between the original inhabitants and white settlers were relatively harmonious. In fact, the Australian Agricultural Company (AA Co) would not have succeeded without their help. Tahlee's history since the AA Co's first settlers arrived in 1826 has been inextricably linked to the property of Tahlee, which is located at the southeastern corner of the suburb, adjacent to Port Stephens.

The Australian Agricultural Company was founded in 1824, through an Act of the British Parliament, with the right to select 1,000,000 acres (4,047 km2) of land in the colony of New South Wales, for agricultural development. After initial criticism's of the company's Sydney committee over their lack of enthusiasm in finding a suitable location to use as the company's base the Port Stephens area was decided on after Robert Dawson, the company's first commissioner, arrived in Sydney on 23 December 1825 with stock, plant and equipment for the new settlement. Port Stephens had been recommended by John Oxley, the Surveyor General of New South Wales, after the AA Co's committee had insisted on a base near the coast, where shipping facilities were available. On 1 January 1826 Dawson set out to explore Port Stephens, eventually deciding on the present site of Tahlee and Carrington as a suitable place for his headquarters.

During his time as commissioner, Dawson began work on Tahlee House, the home of the AA Co's first four commissioners. Nearby, a site was chosen for a township, which Mr Dawson renamed Carrington. Robert Dawson led the AA Co until 1828 when the committee replaced him with his assistant, Mr. James Ebsworth, in an interim capacity. 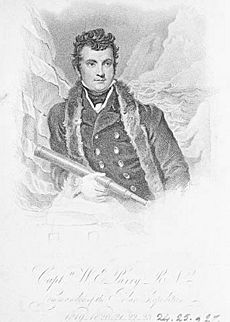 Sir William Edward Parry, the Arctic explorer and hydrographer, became the next commissioner of the AA Co in 1829 and arrived at Tahlee in March 1830. His five-year tenure was marked by progress and social reformation. Parry was a devout Christian. When he discovered that the settlement lacked a church, he conducted his own Sunday service in the carpenter's shop at Carrington.

Lt-Colonel Henry Dumaresq, who had been Governor Darling's assistant, became the next commissioner in 1834. He served until his death in 1838, when Mr James Ebsworth took over again as interim commissioner. Mr Ebsworth opposed a proposal by the company's English directors to subdivide the land into small parcels. Port Stephens would be a different place today if the plan had succeeded. 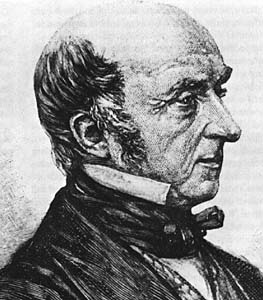 Captain Phillip Parker King was the final AA Co commissioner to live in Tahlee House. By then, the Company's directors had realised the land was unsuitable for grazing and chose to the relocate its headquarters to Stroud. The Australian Agricultural Company’s chapter of Tahlee’s history closed with the end of his appointment in 1849.

After the Australian Agricultural Company

Mr Frederick Manton, from Sydney, purchased the Tahlee property from the AA Co in 1854 for ₤2,500. However, the house burned down in 1860, leaving only the walls.

In 1880 Robert Hoddle Driberg White discovered he had come into a fortune when his grandmother left him considerable property in Melbourne. However, the matter had been kept a secret from him for 13 years. The subsequent court case brought him enormous wealth and notoriety. On returning to Port Stephens, Mr White was invited to stand for Parliament and was elected for the seat of Gloucester. It was during this time that he purchased Tahlee for ₤850.

Considerable development took place during this period. Improvements and extensions were added to Tahlee House. Twelve full-time gardeners were employed to maintain a number of terraced gardens. Mr White was well known for bringing guests from Sydney on his steam yacht, "Kingfisher." A horse-drawn tram would then transport them to their rooms from the harbour below the house.

On his death, the estate was held in trust for his widow and then passed to their son, Alfrey Beecher Stewart White, who lived primarily in Sydney. He used Tahlee House as a country retreat.

In 1948 the staff of the Gospel Fishermen Mission, which was located on the southern shores of Port Stephens in Tanilba Bay, visited Tahlee for a picnic. Over the next year, applications were forwarded to Mr White to rent the property to the mission. In June 1949, the Theobold family moved into the Waterfront Cottage and began using the ballroom and billiard room at Tahlee. In 1951, the ministry established a missionary training camp under the supervision of Mr Frank Biggs. Mr White continued to visit Tahlee House but, in 1959, he offered the property to the Mission, which accepted after a large donation made it possible for the purchase to take place.

Tahlee Bible College and other activities on the site

The first lectures at the new Tahlee Bible College commenced on 10 June 1959 and the public opening held on 31 October 1959 attracted 400 people. More than 1,000 students have trained at the college and many of these are now in Christian service in Australia and in countries all over the world.

Tahlee Bible College officially discontinued operations at Tahlee in 2009 (no students were enrolled in 2008 or 2009). However several other ministries such as camps and events for children, young people and families continue to be held on site. Tours of Tahlee House and other historic buildings form part of the present activities.

All content from Kiddle encyclopedia articles (including the article images and facts) can be freely used under Attribution-ShareAlike license, unless stated otherwise. Cite this article:
Tahlee, New South Wales Facts for Kids. Kiddle Encyclopedia.