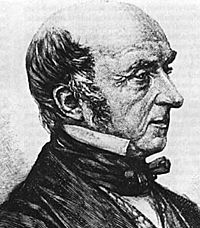 Phillip Parker King FRS RN (13 December 1791 – 26 February 1856) was an explorer, Royal Navy officer and politician from the colony of New South Wales. He is known as an early explorer of the Australian coastline. He also took part in the survey of Patagonian coasts. He also served as a member of the New South Wales Legislative Council. In 1855, he was named as a rear admiral on the retired list. He was also a member of the Royal Society.

King was born on Norfolk Island. He was the son of Anna Josepha (née Coombe) and Philip Gidley King. He was named after his father's mentor, Arthur Phillip, the first governor of New South Wales and founder of the British penal colony which later became the city of Sydney. This explains the difference in spelling of his and his father's first names.

King married Harriet Lethbridge in 1817. The couple had eight children. Two of his sons, Philip Gidley (named after his grandfather) and John, were both pastoralists and politicians. King died in North Sydney on 26 February 1856 at the age of 64.

All content from Kiddle encyclopedia articles (including the article images and facts) can be freely used under Attribution-ShareAlike license, unless stated otherwise. Cite this article:
Phillip Parker King Facts for Kids. Kiddle Encyclopedia.