John Septimus Roe was born at Newbury, Berkshire on May 8, 1797. He was the seventh son of James Roe, the rector of Newbury. At ten, Roe was sent to Christ's Hospital School in London, to study for a career as a school teacher. There, he showed a great aptitude for mathematics, and was selected for training by the Mathematical School, which trained selected students for service in the Royal Navy. He was an outstanding student, and was apprenticed to the Navy at the age of 15. 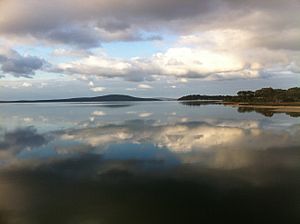 Roe's first survey journey as assistant to King was the King expedition of 1817, a rough survey of the northern and north-west coast of Australia. The party sailed from Sydney Harbour on board the Mermaid on December 21 1817, sailing south then west along the south coast of Australia. While anchored at King George Sound in January 1818, Roe nearly drowned in the Kalgan River while trying to circumnavigate Oyster Harbour.

Later, Roe was permitted to name a bay on the north west coast, which he named Nickol Bay in honour of a man who had been lost overboard. On the north coast, King named a point on the peninsula Mount Roe in Roe's honour. The Mermaid eventually returned down the west coast and back along the south coast to Sydney, arriving on July 29.

At the end of December 1818, the Mermaid sailed to Van Diemen's Land (now Tasmania) to survey the Derwent River and the eastern coast to Macquarie Harbour. It was a simple task, and they were back in Sydney by the middle of February 1819. 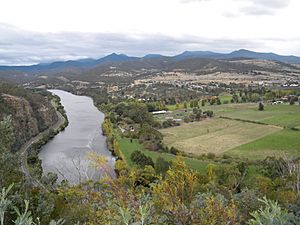 The next voyage, the King expedition of 1819, was expected to last eight or nine months. Their mission was to make a proper survey of the northern coast. After leaving Sydney on May 8 1819, the Mermaid rounded Cape York and crossed the Gulf of Carpentaria. They then spent a substantial period exploring and surveying the coast and islands of Arnhem Land, before surveying Bathurst Island, then discovering and surveying Cambridge Gulf. They then continued their survey of the coast, past Cape Londonderry and westwards as far as the Bonaparte Archipelago. Again they crossed to Timor for provisions, then returned to Sydney.

Roe's next voyage, the King expedition of 1820, was again intended to survey along the north coast, but they ran into violent weather almost as soon as they left Sydney. Mermaid's bowsprit was lost, and she was forced to return to Sydney with three feet of water in the hold. After taking repairs, she left without incident, rounded Cape York and again headed west along the coast of Arnhem Land. At Goulburn Island, Roe was ambushed by natives and narrowly escaped with his life. 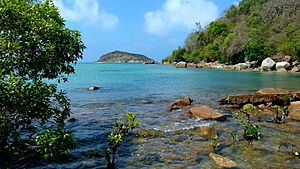 Continuing west, Mermaid developed such a bad leak that King decided to careen her at a bay that was in consequence named Careening Bay. On completion of repairs, the Mermaid was still found to be leaking, so the decision was taken to return to Sydney along the west and south coasts. In York Sound, two rivers were discovered and traced, one of them being named Roe River in honour of Roe's father.

On return to Port Jackson, the Mermaid was found to be no longer seaworthy, and was replaced by the brig Bathurst. In May 1821, Roe sailed in the Bathurst on the King expedition of 1821. They sailed north up the coast, anchoring at Cairncross Island in bad weather on 30 June. When the sails were hauled in, the fore top-mast stay-sail halliards were accidentally let go, and Roe, who was at the masthead holding onto them, fell 50 feet (15 metres) onto the deck. He was knocked unconscious, but was not badly hurt; he recovered quickly, but in later years would attribute to this accident the loss of sight in his right eye. 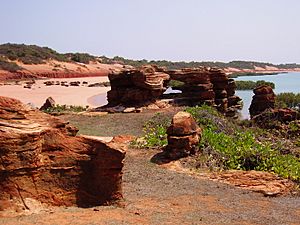 Despite the accident, the expedition proceeded to the west coast, which was surveyed as far as Roebuck Bay. At the end of August, they sailed for Mauritius. After three weeks there, they headed south to King George Sound. They then sailed north up the west coast, surveying as they went, before returning to Port Jackson. During this voyage, Roe was promoted to lieutenant.

Back in Sydney, Roe carried out a survey of Sydney Harbour. Despite the capsizing of his boat on 19 August 1822, with the loss of four lives, the survey was completed, to be published by the Admiralty in 1826. Shortly after completion of the survey, Roe returned to England on the Bathurst, arriving in June 1823.

Roe's received his next commission on 2 February 1824. His instructions were to return to Australia on board the Tamar. The Tamar arrived in Sydney in July, and the following month was sent to help establish a settlement at Melville Island. The Melville Island settlement was officially established on 21 October, and shortly afterwards the Tamar sailed for Bombay, where she was refitted and reprovisioned. She then spent some time in surveying and naval duties between Ceylon, India and Rangoon. Britain was then at war with Burma, and Roe's services in the Burma War were later recognised when he was awarded the Burma Medal in 1827. After a number of other excursions, Tamar returned to England, arriving late in November. 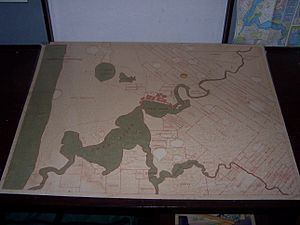 Survey Map of the Swan River Colony circa 1830's

Back in England, Roe spent some time recovering his health, which had been poor, and visiting his family. He also spent some time courting his future wife, Matilda Bennett. When the position of Surveyor-General of New South Wales became vacant, he expressed interest, but was informed it had already been filled. Shortly afterwards, however, he was offered the position of Surveyor-General of Western Australia, to be attached to an intended new settlement at the Swan River. Roe accepted on the condition that the position be a civilian appointment, as he was keen to leave the navy.

Having accepted the position, Roe had very little time to set his affairs in order, as the official party would soon be leaving on the Parmelia. Wasting no time, Roe proposed to Matilda Bennett, and they were wed shortly afterwards. The Roes embarked upon the Parmelia on February 3, 1829.

The Parmelia arrived at the Swan River on 1 June 1829. Roe immediately set about making preliminary surveys of the harbour, river and surrounding land. The sites of Perth and Fremantle were chosen on his recommendation, and he was responsible for laying out the towns. By April the following year 36 ships had brought settlers to the colony. 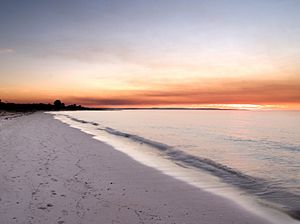 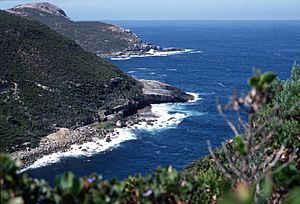 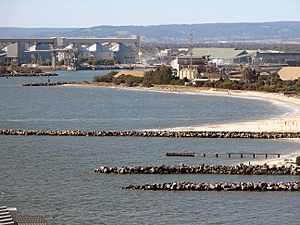 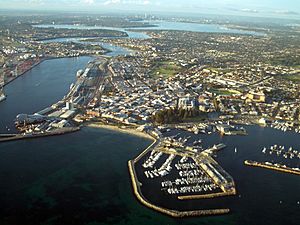 Fremantle and the Swan River viewed from the air, looking east towards Perth CBD 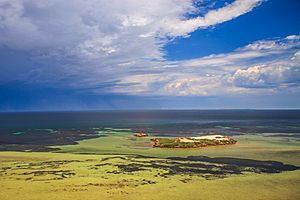 In addition to the many expeditions undertaken by Roe himself, he also inspired and directed many others, including those of Robert Dale, Augustus and Francis Gregory, Robert Austin, Charles Hunt and John Forrest. For the explorations he inspired as much as those he undertook himself, Roe has been described as the "father of Australian explorers". 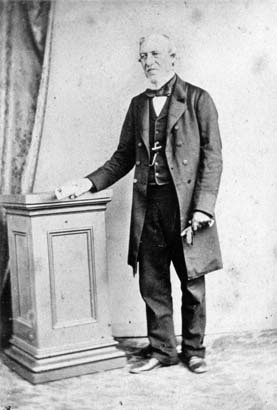 Roe retired in 1871. At 73 years of age, he had served the colony for over 40 years. Already blind in one eye, he became increasingly frail over the next five years, dying on May 28 1878.

Arguably the most significant legacy left by Roe was the setting aside of Kings Park. Although it is widely accepted that Roe's successors Malcolm Fraser and John Forrest were most instrumental in the establishment of Kings Park, Roe was clearly responsible for the initial setting aside of the park.

Roe was the founding president of the Swan River Mechanics' Institute, holding the position until his death. Both the Western Australian Museum and the State Library of Western Australia emerged from the Institute, Roe's large scientific collection forming the basis for the museum's collection. Jackson (1989) has therefore argued that Roe can be regarded as the founder of both institutions.

During Roe's time in term in the Survey Office, he attempted to transcribe every journal of exploration in Western Australia. His Letterbook of Explorers' Journals survives to this day, as a result of which Western Australia has an exceptionally good record of its early explorations, nearly every significant journal being extant from 1827 until Roe's retirement in 1870.

In 1955 the State Library obtained on indefinite loan a large collection of log books, diaries and letters left by Roe, the collection constituting one of the most important private collections ever to be lodged with the library.

John Septimus Roe's name has been attached to a number of things:

All content from Kiddle encyclopedia articles (including the article images and facts) can be freely used under Attribution-ShareAlike license, unless stated otherwise. Cite this article:
John Septimus Roe Facts for Kids. Kiddle Encyclopedia.