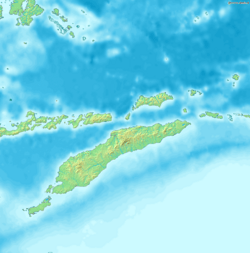 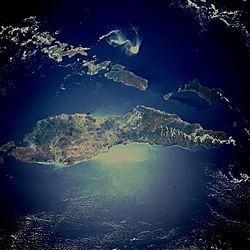 Timor is an island at the south end of the Malay Archipelago, north of the Timor Sea. It is divided between the independent state of East Timor, and West Timor, belonging to the Indonesian province of East Nusa Tenggara.

All content from Kiddle encyclopedia articles (including the article images and facts) can be freely used under Attribution-ShareAlike license, unless stated otherwise. Cite this article:
Timor Facts for Kids. Kiddle Encyclopedia.