Taylor Island, also known as Taylor's Island, is the largest in a group of seven islands located between the Eyre Peninsula mainland and Thistle Island in the mouth of Spencer Gulf, South Australia. It was named by British explorer Matthew Flinders in 1802, after the loss of William Taylor, a midshipman and master's mate to John Thistle (after whom Thistle Island is named). The remaining islands in the group are also named after lost members of Flinders' expedition: Little Island, Lewis Island, Smith Island, Hopkins Island and Grindal Island. Taylor's Island has been used principally for the grazing of sheep while its surrounding waters are well regarded fishing grounds. 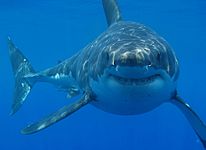 Great white sharks are known to the waters off Taylor Island.

In 1876, a sporting party described Taylor Island as being "covered with rabbits, mutton birds, and Cape Barren geese."

In 1910, a trawling expedition from Largs Bay to Venus Bay on the west coast of Eyre Peninsula was abandoned after the steamer Argyle was met with high seas in the Investigator Strait. At one stage there was 7 feet of water in the well, and the ship's hand pump couldn't improve the situation. Water came within 3 inches of the furnaces, and the engineers and the firemen were working in waist-deep water. By the vessel's continual rolling motion, coal was also washed out of the bunkers and into the bilges. The coal had to be fished out of the water by hand to feed the furnaces. As the coal had about 5 feet of water over it, the work was tedious and difficult. The crews worked with buckets and hand-pumps and gradually reduced the quantity of water in the vessel. Owing to the continuous strain, all on board became exhausted. After the ordeal, the ship anchored at Taylor's Island for five days, while the crew made necessary repairs.

In 1935, grazier Clarence Henry Lines was accused of stealing twenty sheep from fellow grazier R. L. C. Sinclair and five from P. S. Sinclair. The allegedly 'stolen' sheep were found grazing on Taylor Island. Lines denied having stolen the sheep and pleaded 'not guilty' in court.

In 1940, the growth of feed for the grazing of sheep made Taylor Island 'a sight to be seen'.

In 1947, Mr. Norm Johnson caught an unusually large snook off Taylor Island. It was 3 ft 3 inches in length, 10 inches in girth and weighed over 7 lbs.

In March 1950, first-time big game fisherman Mr. A. Dean of Mildura hooked four great white sharks near Taylor Island. He only succeeded in landing one, which measured 11 ft. 5 inches. Its girth was 6 ft and it weighed 860 lb. Another escaped after a 30-minute struggle and was estimated to be 14 ft long.

As of 1996, Taylor Island was under perpetual lease, and was still used for minor grazing.

A navigation aid consisting of a 9-metre-high (30 ft) tower with a single flashing light was installed in 1982. The light, which is 76 m (249 ft) above sea level, assists vessel underway at night along the east coast of the Jussieu Peninsula, particularly those vessels that approaching from the south via the Thorny Passage or the east coast of Thistle Island.

All content from Kiddle encyclopedia articles (including the article images and facts) can be freely used under Attribution-ShareAlike license, unless stated otherwise. Cite this article:
Taylor Island Facts for Kids. Kiddle Encyclopedia.