The Happy Prince and Other Tales facts for kids 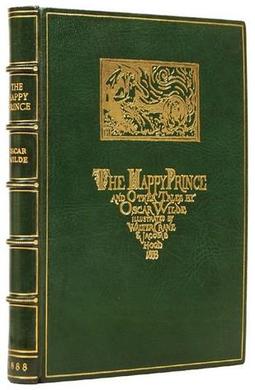 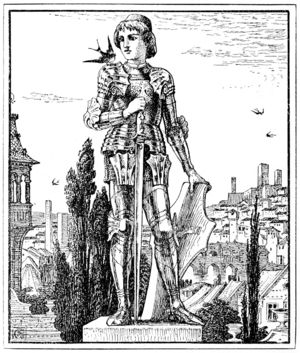 Plate 1 for the first edition by Walter Crane

In a town full of suffering poor people, a swallow who was left behind after his flock flew off to Egypt for the winter meets the statue of the late "Happy Prince", who in reality has never experienced true sorrow, for he lived in a palace where sorrow was not allowed to enter. Viewing various scenes of people suffering in poverty from his tall monument, the Happy Prince asks the swallow to take the ruby from his hilt, the sapphires from his eyes, and the gold leaf covering his body to give to the poor. As the winter comes and the Happy Prince is stripped of all of his beauty, his lead heart breaks when the swallow dies as a result of his selfless deeds and severe cold. The people, unaware of their good deeds, take the statue down from the pillar due to its shabbiness (intending to replace it with one of the Mayor,) and the metal melted in a furnace, leaving behind the broken heart and the dead swallow; they are thrown in a dust heap. These are taken up to heaven by an Angel that has deemed them the two most precious things in the city. This is affirmed by God, and they live forever in His "city of gold" and garden of Paradise.

"The Nightingale and the Rose"

A nightingale overhears a student complaining that the professor's daughter will not dance with him, as he is unable to give her a red rose; a lizard, a butterfly and a daisy laugh at the student for doing so. The nightingale visits all the rose-trees in the garden, and one of the roses tells her there is a way to produce a red rose, but only if the nightingale is prepared to sing the sweetest song for the rose all night with her heart pressing into a thorn, sacrificing her life. Seeing the student in tears, and valuing his human life above her bird life, the nightingale carries out the ritual and dies painfully. The student takes the rose to the professor's daughter, but she again rejects him because the Chamberlain's nephew has sent her some real jewels and "everybody knows that jewels cost far more than flowers". The student angrily throws the rose into the gutter, returns to his study of metaphysics, and decides not to believe in true love anymore.

Main page: Music based on the works of Oscar Wilde

There are many adaptations of this story in the form of operas and ballets. These include: 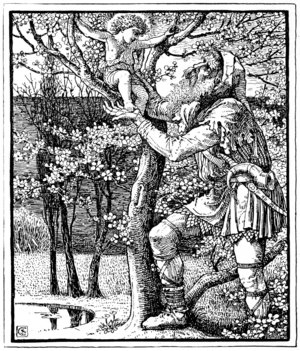 Plate 2 for the first edition by Walter Crane

The Selfish Giant owns a beautiful garden which has 12 peach trees and lovely fragrant flowers, in which children love to play after returning from the school. On the giant's return from seven years visiting his friend the Cornish Ogre, he takes offence at the children and builds a wall to keep them out. He put up a notice board "TRESPASSERS WILL BE PROSECUTED". The garden falls into perpetual winter. One day, the giant is awakened by a linnet, and discovers that spring has returned to the garden, as the children have found a way in through a gap in the wall. He sees the error of his ways, and resolves to destroy the wall. However, when he emerges from his castle, all the children run away except for one boy who was trying to climb a tree. The giant helps this boy into the tree and announces: "It is your garden now, little children," and knocks down the wall. The children once more play in the garden, and Spring returns. But the boy that the Giant helped does not return, and the Giant is heartbroken. Many years later, after happily playing with the children all the time, the Giant is old and feeble. One winter morning, he awakes to see the trees in one part of his garden in full blossom. He descends from the castle to discover the boy that he once helped standing beneath a beautiful white tree. The Giant sees that the boy bears the stigmata. He does not realise that the boy is actually the Christ Child and is furious that somebody has wounded him.

"Who hath dared to wound thee?" cried the Giant; "tell me, that I may take my big sword and slay him."
"Nay!" answered the child; "but these are the wounds of Love."
"Who are you?" said the Giant, and a strange awe fell on him, and he knelt before the little child.
And the child smiled on the Giant, and said to him, "You let me play once in your garden, to-day you shall come with me to my garden, which is Paradise."

Shortly afterwards, the happy giant dies. That same afternoon, his body is found lying under the tree, covered in blossoms.

This story is more or less a story within a story. It begins with a water-rat commenting to a duck about her ducklings, who are refusing to obey her. When he mentions friendship, a linnet flies down from a tree, and begins the story, intended to explain to the water-rat what true friendship is.

Hans was a little man who owned a beautiful garden, where he grew flowers of all kinds and colours which were sold in the market to make some money. He enjoyed the company of another man called Hugh, a miller who used to visit Hans very often during the summer time and with whom he shared thoughts about friendship and loyalty. Hans was so devoted to Hugh that he even gifted him whole bunches of flowers from his own garden.

However, when winter came, Hans found himself in a very difficult situation, as his flowers wouldn't flourish anymore until the following spring, meaning that he was impoverished, living on a simple diet of a few pears or hard nuts. That winter was so stark that he had to sell some of his useful gardening tools, including his wheelbarrow, a silver chain, his pipe and some silver buttons. Meanwhile, the miller lived comfortably in his own house, and avoided visiting his friend or helping him in any way not to make him jealous and spoil, if not break, their friendship.

Finally, Spring came and it was time for Hans to sell some of his primroses, in order to buy back his silver buttons. Hugh finally visits him, and, hearing about his problem he decides to kindly gift him his old, broken wheelbarrow in exchange of a few favours. Hans naively accepts the deal, but the unceasing requests of the miller keeps him busy to the point that he cannot tend to his garden.

One day, Hans was asked to go and seek a doctor for Hugh's son who had hurt himself, but as it was a stormy and rainy night and he could barely see where he was going. After finding the doctor, on the way back home, he gets lost and drowns in a hole full of water.

Hugh, exaggerating his sadness, attends Hans's funeral, and the linnet's story is concluded with the following sentence: "'A great loss to me at any rate,' answered the Miller; 'why, I had as good as given him my wheelbarrow, and now I really don't know what to do with it. It is very much in my way at home, and it is in such bad repair that I could not get anything for it if I sold it. I will certainly take care not to give away anything again. One always suffers for being generous.'"

The water-rat, however, is unmoved by the story, saying that he would rather have not had listened to it, and disappears into his home.

This story has been adapted for comics by the cartoonist P. Craig Russell, in Volume 4 of "Fairy Tales of Oscar Wilde", which also includes "The Nightingale and the Rose".

This story concerns a firework, who is one of many to be let off at the wedding of a prince and princess. The rocket is extremely pompous and self-important, and denigrates all the other fireworks, eventually bursting into tears to demonstrate his "sensitivity". As this makes him wet, he fails to ignite, and, the next day, is thrown away into a ditch. He still believes that he is destined for great public importance, and treats a frog, dragonfly, and duck that meet him with appropriate disdain. Two boys find him, and use him for fuel on their camp-fire. The rocket is finally lit and explodes, but nobody observes him – the only effect he has is to frighten a goose with his falling stick.

"The Remarkable Rocket", unlike the other stories in the collection, contains a large number of Wildean epigrams:

"Conversation, indeed!" said the Rocket. "You have talked the whole time yourself. That is not conversation."
"Somebody must listen," answered the Frog, "and I like to do all the talking myself. It saves time, and prevents arguments."
"But I like arguments," said the Rocket.
"I hope not," said the Frog complacently. "Arguments are extremely bad, for everybody in good society holds exactly the same opinions."

All content from Kiddle encyclopedia articles (including the article images and facts) can be freely used under Attribution-ShareAlike license, unless stated otherwise. Cite this article:
The Happy Prince and Other Tales Facts for Kids. Kiddle Encyclopedia.