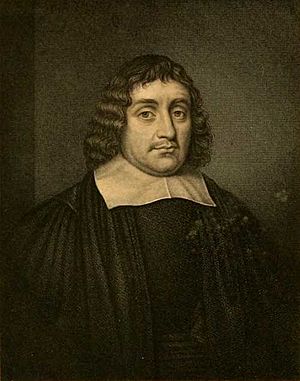 After taking a Master of Arts degree from Cambridge University he decided to join the church. He used to write to share his ideas with people.

All content from Kiddle encyclopedia articles (including the article images and facts) can be freely used under Attribution-ShareAlike license, unless stated otherwise. Cite this article:
Thomas Fuller Facts for Kids. Kiddle Encyclopedia.