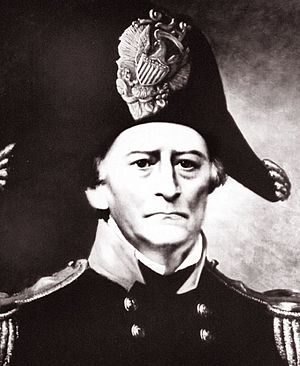 Lawson was born in Princess Anne County, Virginia in 1789. Nothing is known about his early education or medical education, but it is assumed that he trained under local physicians. He entered the United States Navy as a surgeon's mate in March 1809. He resigned two years later to be appointed as a garrison surgeon's mate in the army. Lawson served during the War of 1812 as he was promoted to be the regimental surgeon for the 6th Infantry on May 21, 1813. In May 1815 he became the surgeon for the 7th Infantry, and appeared as a senior officer of surgeons until he was promoted to Surgeon General in October 1836. During his time with the 6th Infantry he was President of a board of medical examiners in charge of giving troops entrance and promotion health examinations. With troops concentrated around his garrison for the Seminole War, he was appointed the medical director of Fort Mitchell, Alabama.

In 1836 Surgeon General Joseph Lovell died. A movement to promote a civilian doctor to the post was opposed by the army who were in full support of Lawson. He was appointed on November 30, 1836 by President Jackson. After the Seminole War there were few activities needing the attention of the Surgeon General, but Lawson worked to create many changes within the medical department of the military. Improvements included an increase in numbers, new uniforms, military rank and increased pay. During the Mexican–American War Lawson accompanied General Winfield Scott from Vera Cruz to Mexico City as a medical advisor. The first three volumes of Army Medical Statistics were published during Lawson's tenure. Lawson received a brevet promotion to brigadier general in May 1848.

At the start of the American Civil War, Lawson was 72 and in poor health. The medical staff for the Union Army consisted of 30 surgeons and 83 assistant-surgeons. On May 15, 1861 he was stricken with apoplexy and died in Norfolk, VA.

All content from Kiddle encyclopedia articles (including the article images and facts) can be freely used under Attribution-ShareAlike license, unless stated otherwise. Cite this article:
Thomas Lawson (military physician) Facts for Kids. Kiddle Encyclopedia.