Tillakaratne Mudiyanselage Dilshan (Sinhala: තිලකරත්න ඩිල්ෂාන්; born 14 October 1976), commonly known as Tillakaratne Dilshan is a former Sri Lankan cricketer and former captain of the Sri Lanka national cricket team. As the best rated Sri Lankan player in run-chases in ODI history, he is often regarded as one of the most innovative ODI batsmen of all time. Dilshan is considered to be a rare example of a cricketer with notable skills in all aspects of the game, who can bat, bowl, field and keep wicket. He is an aggressive right-hand batsman who invented the scoop, which has come to be known as the Dilscoop, a shot that hits the ball over the keeper. Apart from being an opening batsman, he is also a capable off-break bowler. Energetic in the field, he usually fields at the point region.

Dilshan made his Test and ODI debut during the Sri Lankan cricket team's tour to Zimbabwe in 1999. He is also the second cap for Sri Lanka in Twenty20 Internationals. He is the first cricketer in the history of the game to score hundreds in all formats as a captain.

He is the fourth Sri Lankan, and eleventh player overall to score 10,000 ODI runs. Being the third overall and first Sri Lankan to score 1,500 runs in Twenty20 Internationals, he is also the first player to hit 200 fours in T20Is. Dilshan scored 1000 or more ODI runs in a calendar year four times and never failed to amass fewer than 800 runs in any calendar year between 2009 and 2015.

Dilshan was under-estimated in the cricket world as an ordinary player when he batted at number 6 and 7, unlike his revered teammates Mahela Jayawardene and Kumar Sangakkara. When he gained the opening batting position, Dilshan became one of the finest cricketers in the world and a legend in modern cricketing history. His quick progression can be seen in his stats: after he moved to the opening position, he scored 21 ODI centuries and all his Test and T20I centuries. 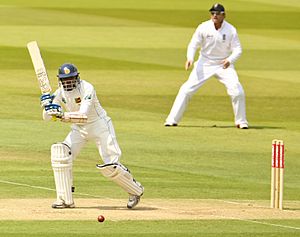 Dilshan scored his 16th and last Test century on 18 March 2013 at the Galle International Stadium in Galle against Bangladesh. His 17th ODI century comes in his favorite ground Pallekele International Cricket Stadium on 28 July 2013 against South Africa, where at this ground he scored 5 ODI centuries and also his only Twenty20 International century against Australia on 6 August 2011.

In Test matches, Dilshan has scored centuries against all the Test cricket playing nations except South Africa and West Indies, and has scored 150 against four of them. He is seventh on the list of leading Test century makers for Sri Lanka. His centuries have been scored at ten cricket grounds, six of which were outside Sri Lanka. He has been dismissed two times in the nineties.

In ODIs, Dilshan has scored centuries against all test playing opponents except West Indies. His maiden century was made against Netherlands at the VRA Cricket Ground, Amstelveen in 2006. He is third in the list of leading century-makers in ODIs for Sri Lanka. Of these 22 ODI centuries, nine were scored at home grounds and thirteen were at away (opposition's home) or neutral venues. He has been dismissed one time in the ninetynine.

Dilshan scored his only T20I century against Australia in 2011, and became the fifth batsmen to score hundreds in all forms of the game. He scored 104 runs from 57 balls. This is the highest individual score by a Sri Lankan in Twenty20 Internationals.

All content from Kiddle encyclopedia articles (including the article images and facts) can be freely used under Attribution-ShareAlike license, unless stated otherwise. Cite this article:
Tillakaratne Dilshan Facts for Kids. Kiddle Encyclopedia.