Tsala Apopka Lake is a chain of lakes located within a bend in the Withlacoochee River in Citrus County in north central Florida. This area is known historically as the Cove of the Withlacoochee.

Tsala Apopka Lake is composed of a number of lakes, swamps and marshes interspersed with islands, with a total open water surface area of about 19,111 acres (77.34 km2). It is spread through an area of about 63,000 acres (250 km2), bounded by State Road 200 to the north, State Road 48 to the south, the Withlacoochee River to the east, and US 41 to the west. About one-quarter of the area is in mesic hammocks or live oak scrub. 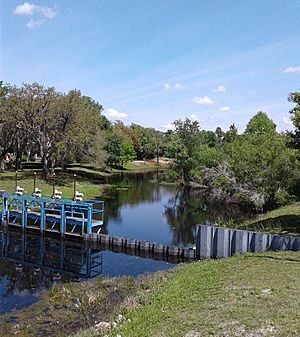 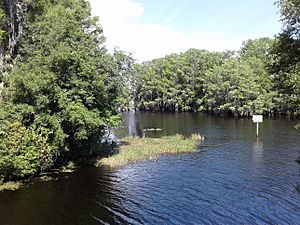 The Cove of the Withlacoochee was occupied by Indigenous peoples of Florida for many centuries. As of 1984, 30 archaeological sites had been identified in the area, with evidence of occupation by people of the Deptford, Weeden Island, and Safety Harbor cultures. The de Soto expedition crossed the middle section of the Cove in 1539 before reaching the Timucua town of Ocale. The Duval Island archaeological site (8Ci5), at the southern end of the Cove, is a likely location for the town of Tocaste named in the chronicles of the de Soto expedition. Another archaeological site, Tatham Mound (8Ci203), contained burials of a few people killed by sword blows, and of at least 77 individuals who apparently died at close to the same time, perhaps from an epidemic disease introduce by the de Soto expedition. The area supported a large Seminole population before and during the Second Seminole War. The Wild Hog Scrub archaeological site (8Ci198) has been tentatively identified as Powell's Town, Osceola's home at the beginning of the Second Seminole War. The Cove was a focus of military activity in the first year of the Second Seminole War, with large U.S. forces attacking the Seminoles there in December 1835, February–March 1836 and October–November 1836.

All content from Kiddle encyclopedia articles (including the article images and facts) can be freely used under Attribution-ShareAlike license, unless stated otherwise. Cite this article:
Tsala Apopka Lake Facts for Kids. Kiddle Encyclopedia.