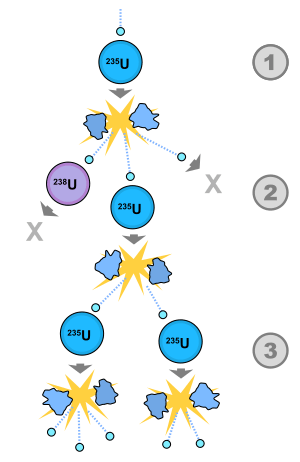 Enriched uranium is best known for its use in the bombing of Hiroshima on August 6, 1945. The bomb called Little Boy used Uranium-235. Uranium-235 can be used for nuclear fission. This fission is about 504.81 barns for slow thermal neutrons and 1 barn for fast thermal neutrons. Uranium-235 was discovered in 1935 by Arthur Jeffrey Dempster. 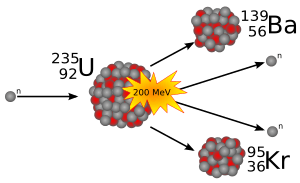 All content from Kiddle encyclopedia articles (including the article images and facts) can be freely used under Attribution-ShareAlike license, unless stated otherwise. Cite this article:
Uranium-235 Facts for Kids. Kiddle Encyclopedia.