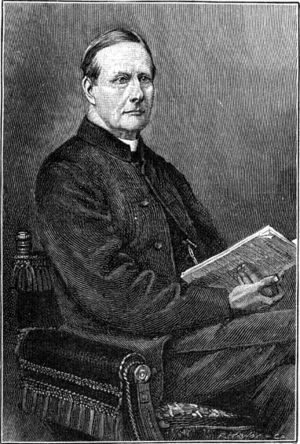 A clergyman is an ordained minister of the Anglican Church, or of some other Protestant churches. 'Vicar' and 'pastor' are other possibilities. 'Rector' is used in some Scottish Presbyterian churches. 'The clergy' is often used as a group term. The word 'cleric', meaning a clerk, is the root term. It comes from the fact that all clerics could read and write, at a time when this was a rare skill.

By general use and convention, Anglican ministers are not called priests. This is because the unqualified term 'priest' or 'father' is widely used as referring to the Catholic Church. Of course, in modern times an Anglican minister may be female, in which case the term 'reverend' or 'minister' may be used.

All content from Kiddle encyclopedia articles (including the article images and facts) can be freely used under Attribution-ShareAlike license, unless stated otherwise. Cite this article:
Clergyman Facts for Kids. Kiddle Encyclopedia.