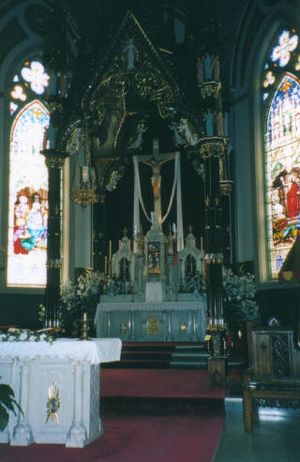 An altar is a place, often a table, where a religious event happens. Altars are used in Christianity and in other religions.

In some old religions, the event was a sacrifice, which means a holy work. Usually the priest would use this item.

All content from Kiddle encyclopedia articles (including the article images and facts) can be freely used under Attribution-ShareAlike license, unless stated otherwise. Cite this article:
Altar Facts for Kids. Kiddle Encyclopedia.