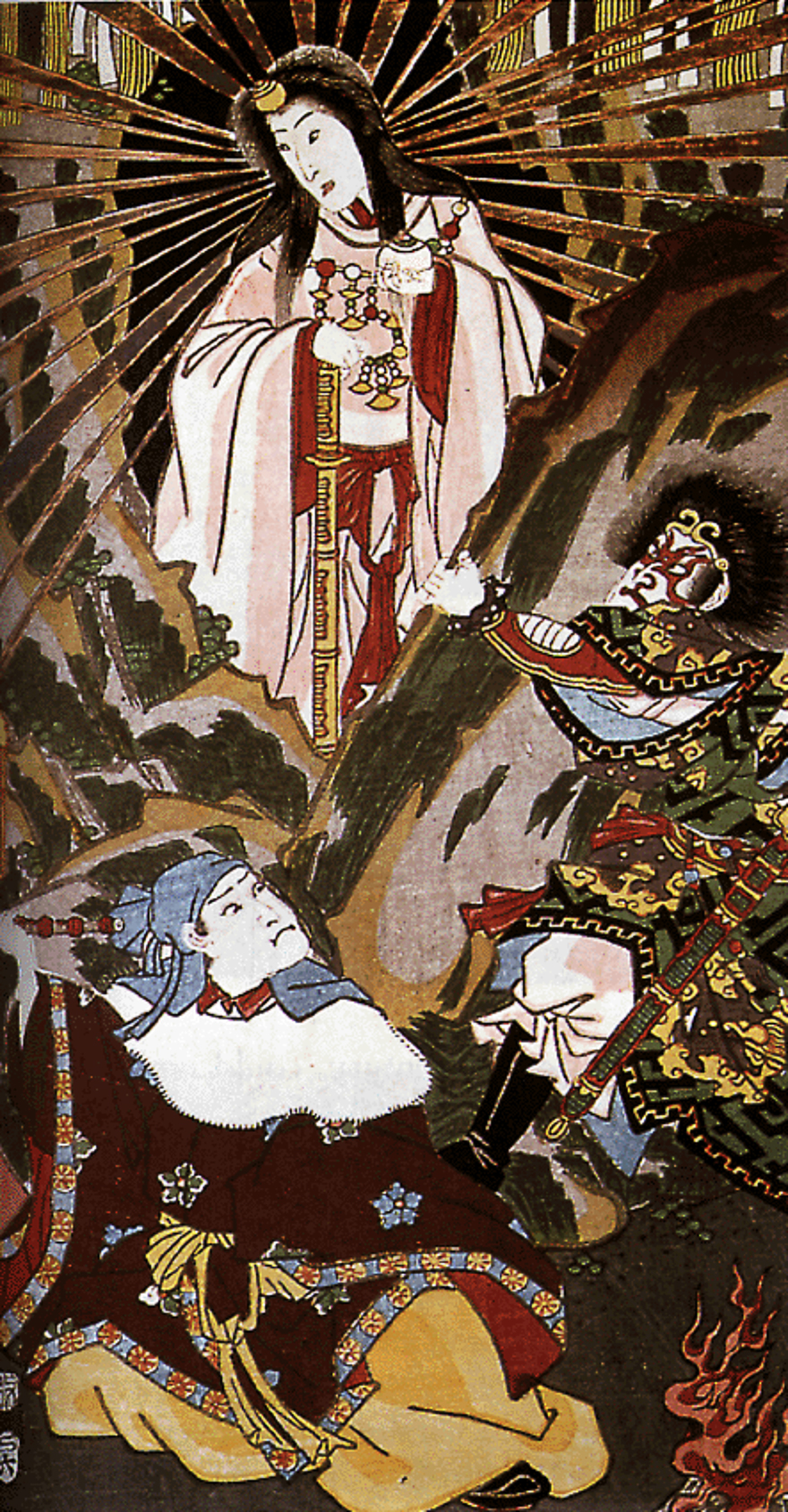 Amaterasu, one of the most important kami in the Shinto faith

Kami (神) is a Japanese word for the spirits that are worshipped in the Shinto religion. Not all of Kami are gods of the personified type. Instead, they have to do with phenomena and events like the growth of trees, or rain, or wind, or other aspects of Nature; it is believed that these kami live in those natural things.

It is usually said that there are "yaoyorozu-no-kami" (八百万の神, eight-million Kami). In Japanese the number "eight-million" is normally used to mean infinity.

Though the word kami can be translated multiple ways into English, no English word expresses its full meaning.

All content from Kiddle encyclopedia articles (including the article images and facts) can be freely used under Attribution-ShareAlike license, unless stated otherwise. Cite this article:
Kami Facts for Kids. Kiddle Encyclopedia.