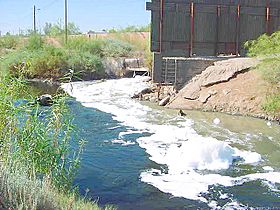 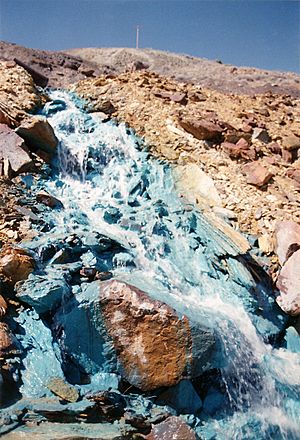 Water pollution is the pollution of bodies of water, such as lakes, rivers, the oceans, as well as groundwater. It occurs when pollutants reach these bodies of water, without treatment. Waste from homes, factories and other buildings get into the water bodies.

Water pollution is a problem for the species and ecosystems there. It affects plants and organisms living in the water. In almost all cases the effect is damaging not only to individual species and populations, but also to the wider biological communities. The color is usually green or brown but normal water can be blue.

Agriculture is one of the major sources of water pollution, because the fertilizers given to the crops for better growth are washed into rivers and lakes, which in large amounts pollute the water.

There are many chemicals that are naturally found in these bodies of water but today it is polluted by nitrates, phosphates, oil, acid from acid rain, and debris like sediments and fallen logs.

All content from Kiddle encyclopedia articles (including the article images and facts) can be freely used under Attribution-ShareAlike license, unless stated otherwise. Cite this article:
Water pollution Facts for Kids. Kiddle Encyclopedia.