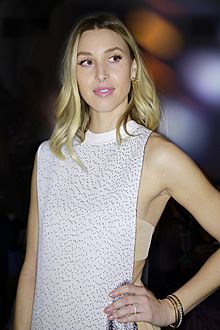 Whitney Eve Port (born March 4, 1985) is an American television personality, fashion designer and writer of books. She was born and raised in Los Angeles, California. She attended Crossroads School in Santa Monica. In 2006, Port became famous when she appeared on the reality series The Hills on MTV.

All content from Kiddle encyclopedia articles (including the article images and facts) can be freely used under Attribution-ShareAlike license, unless stated otherwise. Cite this article:
Whitney Port Facts for Kids. Kiddle Encyclopedia.