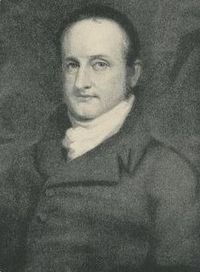 Van Ness was born in Ghent, New York. He is the son of Judge Peter Van Ness (1734– 1804), a lawyer and farmer. The home and land were later purchased by Martin Van Buren, who renamed the estate Lindenwald. Peter Van Ness is buried on the Lindenwald estate.

After graduating from college William Van Ness read law in the office of Edward Livingston, attaining acceptance to the bar in 1800.

Van Ness, a friend of Aaron Burr, was an active participant in the 1800 presidential campaign as a vocal supporter of the Democratic-Republican candidates, Thomas Jefferson and Aaron Burr.

In 1801 Van Ness served as a Delegate to the New York Constitutional Convention, which was called to amend the state constitution of 1777.

In July, 1804 William Van Ness served as Aaron Burr's second in Burr's duel with Alexander Hamilton, and was present when Burr killed Hamilton.

Career as an author

Van Ness was the author of several political and judicial works, including: Examination of Charges against Aaron Burr (1803); The Laws of New York, with Notes, (with John Woodworth), (2 vols. 1813); Reports of Two Cases in the Prize Court for New York District (1814); and Concise Narrative of Gen. Jackson's First Invasion of Florida (1826).

Van Ness served on the bench until his death in New York City. He was buried in Brooklyn's Greenwood Cemetery.

All content from Kiddle encyclopedia articles (including the article images and facts) can be freely used under Attribution-ShareAlike license, unless stated otherwise. Cite this article:
William Peter Van Ness Facts for Kids. Kiddle Encyclopedia.