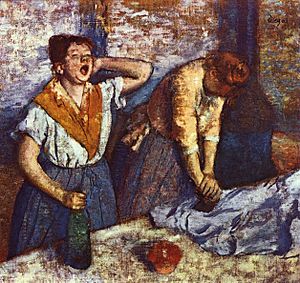 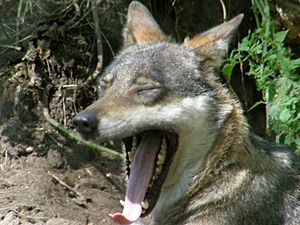 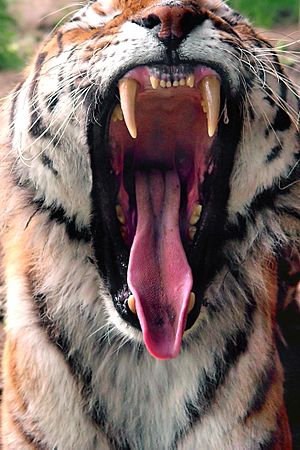 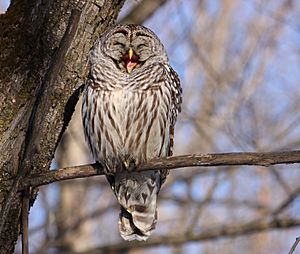 A yawn is a reflex. It involves a large, long taking in of air, the stretching of eardrums as the jaw opens wide, and last a (sometimes loud) breathing out. Pandiculation is the act of yawning and stretching simultaneously. It is easy to see when someone is yawning, but no-one knows what its function is.

Yawning is commonly associated with tiredness, stress, overwork, lack of stimulation and boredom. In humans, yawning is often triggered by others yawning (e.g. seeing a person yawning, talking to someone on the phone who is yawning) and is a typical example of positive feedback. This "infectious" yawning has also been observed in chimpanzees and dogs. Cats both yawn and stretch, though not necessarily at the same time.

The yawn reflex has long been observed to be contagious. In 1508, Erasmus wrote, "One man's yawning makes another yawn.," and the French proverbialized the idea to "Un bon bâilleur en fait bâillier deux." ("One good gaper makes two others gape"). Often, if one person yawns, this may cause another person to "empathetically" yawn. Observing another person's yawning face (especially his/her eyes), even reading, or thinking about yawning, or looking at a yawning picture can cause a person to yawn.

The immediate cause for contagious yawning may be the mirror neurons in the frontal cortex of certain vertebrates, which, upon being exposed to a stimulus, activates the same regions in the brain. Mirror neurons have been proposed as a driving force for imitation which lies at the root of much human learning such as language acquisition. Yawning may be an offshoot of the same imitative impulse.

Charles Darwin argued, in The Expression of the Emotions in Man and Animals, that if a behaviour was present in many cultures, then it must be inherited (wholly or partly). All traits which appear in a wide range of animals must have some function which is supported (or was supported) by natural selection. In most cases the function is obvious, but with yawning we do not know what that function is. Suggestions have been made, but they do not seem to account for its widespread occurrence in mammals, and possibly in other vertebrates.

Because mammals have similar emotions, and can show their emotions very clearly, it is agreed that when they look as if they are yawning, it is yawning in every sense. The reasons for this are similar to the reasons why we think other humans feel the same as us when the show the same signs.

All content from Kiddle encyclopedia articles (including the article images and facts) can be freely used under Attribution-ShareAlike license, unless stated otherwise. Cite this article:
Yawn Facts for Kids. Kiddle Encyclopedia.