Zelienople is located in southwestern Butler County, situated on the south bank of Connoquenessing Creek, in an area that is rich with coal and iron ore. The elevation is 935 feet (285 m) above sea level. The borough is bordered by Jackson Township on the north, southeast, and south, and by the borough of Harmony on the northeast. The western border of Zelienople is the Beaver County line. 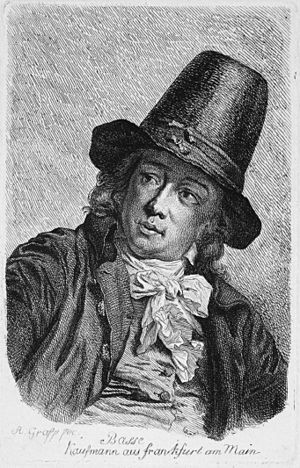 Zelienople was named for the eldest daughter of Baron Dettmar Basse (1762–1836), whose chosen name was Zelie (her given name was Fredericka) which she named herself after her favorite doll. Baron Basse arrived in 1802 from Frankfurt am Main, Germany, and purchased a tract of 10,000 acres (40 km2) of land in Butler and Beaver counties.

He proceeded to lay out a village and build his own private residence, a three story castle, complete with towers, turrets and battlements, named "The Bassenheim", which was destroyed by fire in 1842. At the time, Zelie was betrothed to Philip Louis Passavant, and was still in Germany. Extensive preparations were made by Baron Basse, to establish the new home and town in America and prepare it for his daughter's arrival in September 1807.

Baron Basse sold 5,000 acres (20 km2) of his land to George Rapp, a Bavarian pietist religious leader, who founded the village of Harmony. Baron Basse came to be known as "Dr. Muller". Whether the title of "Doctor" was given to him due to a knowledge of medicine, or conferred upon him as a degree, is unknown. He was regarded as an intelligent man, and during the Napoleonic era represented Frankfurt as an ambassador to Paris. Basse returned to Germany in 1818, leaving his business to his son-in-law, Philipp Passavant.

Philip Passavant opened the first store in 1807, and managed it for 41 years, until he gave it to his son, C. S. Passavant. By 1826, there were fifty houses in Zelienople, and three churches. The population in 1870 was 387, and in 1890, it had grown to 639. In 1879, the first passenger train arrived to the town, substantially increasing the growth and commerce. In 1880, the American Union Telegraph Company established an office in Zelienople. The Federalists appointed Andrew McClure, a local tavern-keeper, as the first postmaster of Zelienople in the first decade of 1800. Christian Buhl was named the first justice of the peace in 1840.

Early Zelienople commerce supported the local agriculture community, as there was no viable means of transportation. In 1840 Zelienople was incorporated as a borough. In 1878 a railroad was built through Zelienople. From this time there has been moderate expansion of industry, residences, and local government. There has been a volunteer fire department since about 1850. A full-time Borough Manager was hired in 1994. The growth of Pittsburgh to the south, along with the building of Interstate 79, provides a challenge to Zelienople in coping with these changes through the 21st century.

Zelienople was linked to Ellwood City, Evans City and Pittsburgh in 1908 by the Pittsburgh, Harmony, Butler and New Castle Railway, an interurban trolley line. The line closed on 15 June 1931, and the trolleys were replaced by buses. Zelienople is also known for its historical Eichholtz Building. The Eichholtz family played an historical and transformational role in Zelienople.

Every year, Zelienople hosts a Fourth of July parade through downtown. The Strand Theater is a performing arts center on Main Street that has been restored, and hosts concerts and films for the borough and surrounding area.

For the past 44 years, one of the major annual events is the town's summer Horse Trading Days Arts and Music Festival. Crafters, vendors, entertainers and tourists are drawn from the entire tri-state area to participate in the family-oriented event that features concerts, games, contests, shopping, food, and a 5-mile (8 km) run/walk event. The festival funding comes from local residents, businesses, the police and fire department, Lancaster Township, and the Zelienople borough.

All content from Kiddle encyclopedia articles (including the article images and facts) can be freely used under Attribution-ShareAlike license, unless stated otherwise. Cite this article:
Zelienople, Pennsylvania Facts for Kids. Kiddle Encyclopedia.