A. James Gregor facts for kids 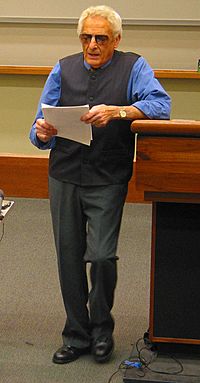 Anthony James Gregor (April 2, 1929 – August 30, 2019) was an American educator, historian and political scientist. He was the Professor of Political Science Emeritus at the University of California, Berkeley who was well known for his research on fascism, Marxism, and national security. Gregor was born in New York City.

All content from Kiddle encyclopedia articles (including the article images and facts) can be freely used under Attribution-ShareAlike license, unless stated otherwise. Cite this article:
A. James Gregor Facts for Kids. Kiddle Encyclopedia.