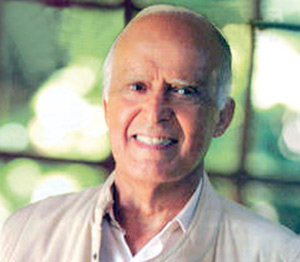 After having obtained his doctorate from the Faculty of Medicine in Paris in 1957, Ahmed Laraki moved to Casablanca to practice his profession. In 1958, he joined the cabinet of Ahmed Balafrej in the Ministry of Foreign Affairs. On July 6, 1967, he was appointed Minister of Foreign Affairs in the Mohamed Benhima government.

In the sixties, he was ambassador to Madrid and Washington.

Two years later, on October 7, 1969, he became Prime Minister of the same government and delegated the portfolio of Foreign Affairs to Abdelhadi Boutaleb. On August 6, 1971, he resigned from his post as prime minister after the Skhirat coup. Mohammed Karim Lamrani succeeded him.

He then moved to Paris until April 25, 1974, where he was appointed Minister of State for Foreign Affairs in the Osman government. During his tenure, he was part of the Moroccan negotiators' committee of the Madrid Accords, establishing the formalities of the Spanish withdrawal from Western Sahara.

All content from Kiddle encyclopedia articles (including the article images and facts) can be freely used under Attribution-ShareAlike license, unless stated otherwise. Cite this article:
Ahmed Laraki Facts for Kids. Kiddle Encyclopedia.