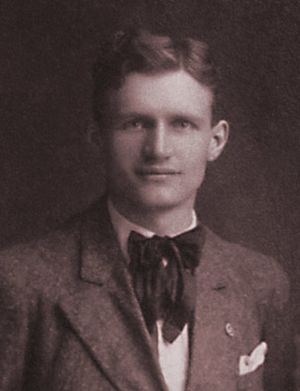 Alfred Wagenknecht (August 15, 1881 – August 26, 1956) was an American Marxist activist and political functionary. He is best remembered for having played a critical role in the establishment of the American Communist Party in 1919 as a leader of the Left Wing Section of the Socialist Party. Wagenknecht served as Executive Secretary of the Communist Labor Party of America and the United Communist Party of America in 1919 and 1920, respectively.

All content from Kiddle encyclopedia articles (including the article images and facts) can be freely used under Attribution-ShareAlike license, unless stated otherwise. Cite this article:
Alfred Wagenknecht Facts for Kids. Kiddle Encyclopedia.