Gastonia is the largest city and county seat of Gaston County, North Carolina, United States. It is also the second largest satellite city of the Charlotte area, behind Concord. The population was 71,741 at the 2010 Census. Gastonia is the 13th largest city in North Carolina. It is part of the Charlotte metropolitan area, officially designated the Charlotte Metropolitan Statistical Area (MSA). Gastonia has experienced steady growth, with a population increase between 2000 and 2010 of nearly 8.2%, according to the U.S. Census Bureau.

Gastonia is named for William Gaston, member of the North Carolina Supreme Court.

The Loray Mill strike of 1929 in Gastonia, was one of the most notable strikes in the labor history of the United States. Though largely unsuccessful in attaining its goals of better working conditions and wages, the strike was considered very successful in a lasting way; it caused an immense controversy which gave the labor movement momentum, propelling the movement in its national development. 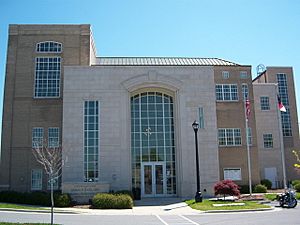 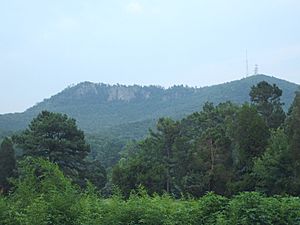 The Schiele Museum of Natural History features a number of permanent exhibits, including the Hall of North Carolina Natural History and the Henry Hall of the American Indian. The museum is also home to the James H. Lynn Planetarium, the only planetarium in the Charlotte area.

The Daniel Stowe Botanical Garden is located just southeast of the city in Belmont on NC 279.

The U.S. National Whitewater Center (on the Catawba River) is located east of the city in neighboring Mecklenburg County.

Crowders Mountain State Park is located west of the city, near Kings Mountain. The park offers a number of hiking trails, as well as campgrounds, picnic areas, rock climbing, and fishing.

There are also a few more shopping centers across the city with other well-known national and local retailers.

Gotha was Gastonia's first sister city in 1994. Santiago de Surco became an official partner in March 2004. Mayor Jennie Stultz visited Gotha in 2007. In December 2007, the mayor of Santiago de Surco visited for the annual lighting of the Christmas tree in the Rotary Pavilion. He was invited to light the tree along with one of the city's councilmen.

All content from Kiddle encyclopedia articles (including the article images and facts) can be freely used under Attribution-ShareAlike license, unless stated otherwise. Cite this article:
Gastonia, North Carolina Facts for Kids. Kiddle Encyclopedia.