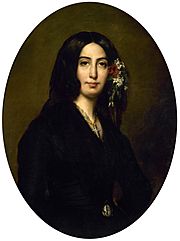 A pseudonym (soo-do-nim) is a fake name a person uses instead of their real name. Many people use pseudonyms, including authors (pen names) and performers (stage names). People use pseudonyms for several different reasons: to hide identity, gender, and/or race. People (such as rappers) also use pseudonyms to match their stage personality better. Pseudonyms can include stage names, screen names, ring names, pen names, nicknames, aliases, superhero identities and code names.

Use and Examples of Pseudonyms

There are three main types of pseudonyms: pen names, stage names and user-names. Pen names are used by authors, usually to hide identity. Many famous books, such as The Outsiders and A Series of Unfortunate Events, have been written by authors using a pseudonym. Daniel Handler wrote A Series of Unfortunate Events under the pseudonym Lemony Snicket both because he wanted to make the author a character in the story and because he wanted to hide his real name. When she published The Outsiders, Susan Eloise Hinton decided to use her initials, S. E., instead of her first and middle names, because she did not want readers to guess her gender. The Brontë sisters (Anne, Emily and Charlotte) used pseudonyms to hide the fact that they based many of their characters on their neighbors.

Musicians, actors and performers also use pseudonyms, called stage names, both to hide their identity and to give themselves a "cooler" name. For example, rapper Sean Combs is currently known by Diddy, but used to call himself P Diddy and Puff Daddy. He says that he changed his name from P Diddy to Diddy because the name "caused confusion and he wanted to 'simplify things'."

Many people on the Internet use pseudonyms. There are many names for these pseudonyms, including user-names, user IDs and handles. These pseudonyms help people stay anonymous on the internet, and they also protect people from identity theft and phishing. When people log into an account on sites like Wikipedia, MySpace or Facebook, their user-name helps identify them without entering their real name. If people used their real name instead of a user-name, it would create confusion for two people with the same name. Usernames make this simple, because people create their own user-names. Also, if someone used their real name, it would make it easier for people to guess their passwords and for other people to find them in real life.

Sometimes criminals would use a pseudonym. For example, com man Jefferson R. Smith was also known as Soapy Smith.

All content from Kiddle encyclopedia articles (including the article images and facts) can be freely used under Attribution-ShareAlike license, unless stated otherwise. Cite this article:
Pseudonym Facts for Kids. Kiddle Encyclopedia.