Alsea is an unincorporated community in Benton County, in the U.S. state of Oregon. It is on Oregon Route 34 and the Alsea River. For statistical purposes, the United States Census Bureau has defined Alsea as a census-designated place (CDP). The census definition of the area may not precisely correspond to local understanding of the area with the same name. As of the 2010 Census, the population was 164.

Alsea was named for the Alsea River, whose name was a corruption of "Alsi" (also spelled "Ulseah" and "Alsiias") the name of a Native American tribe, now known as the Alsea, that lived at the mouth of the river. The Alsea area was settled by Europeans early as 1855, when the name "Alseya Settlement" appeared on the Surveyor General's map. Alsea post office was established in 1871.

In the early 1850s settlers moved from the Willamette Valley into the Alsea area to take up donation land claims. While logging was once the primary industry in Alsea, it is now known as a place for fishing on the Alsea River, particularly for steelhead, and a favorite stopping point on a well-traveled cycling loop.

This region experiences warm (but not hot) and dry summers, with no average monthly temperatures above 71.6 °F (22.0 °C). According to the Köppen Climate Classification system, Alsea has a warm-summer Mediterranean climate, abbreviated "Csb" on climate maps.

Near Alsea is Hayden Bridge, a historic covered bridge listed on the National Register of Historic Places in 1979. The bridge carries Hayden Road over the river from an intersection with Route 34 about 2 miles (3 km) west of Alsea. 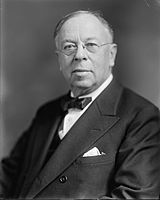 All content from Kiddle encyclopedia articles (including the article images and facts) can be freely used under Attribution-ShareAlike license, unless stated otherwise. Cite this article:
Alsea, Oregon Facts for Kids. Kiddle Encyclopedia.