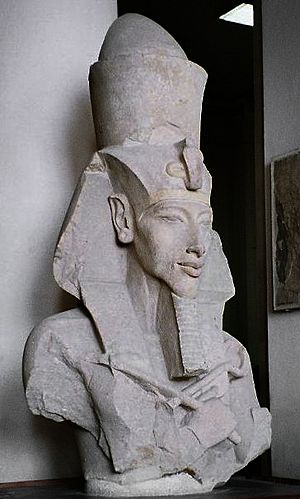 The Amarna Period was an era of Egyptian history during the later half of the Eighteenth Dynasty when the royal residence of the pharaoh and his queen was shifted to Akhetaten ('Horizon of the Aten') in what is now Amarna.

It was marked by the reign of Amenhotep IV, who changed his name to Akhenaten (1353–1336 BC) in order to reflect the dramatic change of Egypt's polytheistic religion into one where the sun disc Aten was worshipped over all other gods.

Aten was not solely worshiped (the religion was not monotheistic), but the other gods were worshiped to a significantly lesser degree. The Egyptian pantheon of the equality of all gods and goddesses was restored under Akhenaten's successor, Tutankhamun. 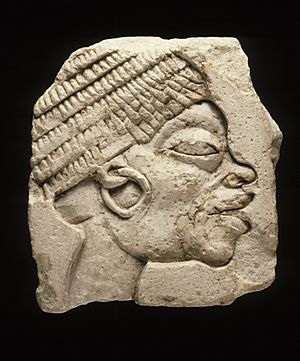 Akhenaten began the earliest verified expression of a form of monotheism. Scholars believe that Akhenaten's devotion to his deity, Aten, offended many in power below him, which contributed to the end of this dynasty. Although modern students of Egyptology consider the monotheism of Akhenaten the most important event of this period, the later Egyptians considered the so-called Amarna unfortunate.

The period saw many innovations in the name and service of religion. Egyptians of the time viewed religion and science as one and the same. Previously, the presence of many gods explained the natural phenomena, but during the Amarna period there was a rise in monotheism. With people beginning to think of the origins of the universe. 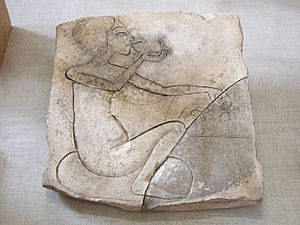 The royal women of Amarna have more surviving text about them than any other women from ancient Egypt. It is clear that they played a large role in royal and religious functions. These women were frequently portrayed as powerful in their own right.

Queen Nefertiti was said to be the force behind the new monotheist religion. Nefertiti, whose name means "the beautiful one is here," bore six of Amenhotep's daughters.

Many of Amenhotep's daughters were as influential as, or more so than, his wives. Amenhotep did give many of his daughters titles of queen. 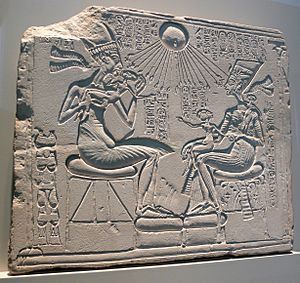 Altar showing Akhenaten, Nefertiti and three of their daughters

During Akhenaten's reign, royal portraiture underwent dramatic change. Sculptures of Akhenaten changed from conventional portrayal of royalty. Akhenaten is depicted in an androgynous and highly stylized manner, with large thighs, a slim torso, drooping belly, full lips, and a long neck and nose.

Some believe that the break with usual art was due to the presence at Amarna of new people or groups of artists whose background and training were different from those of the Karnak sculptors.

Tutankhamun and the Amarna succession

Tutankhamun died before he was twenty years old, and the dynasty's final years clearly were shaky. The royal line of the dynasty died out with Tutankhamun. Two fetuses found buried in his tomb may have been his twin daughters who would have continued the royal lineage, according to a 2008 investigation. 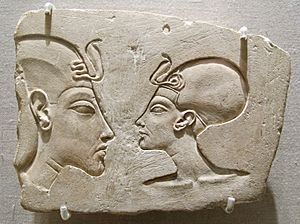 The last two members of the eighteenth dynasty – Ay and Horemheb – became rulers from the ranks of officials in the royal court. Ay may have married the widow of Tutankhamun in order to get power and she did not live long afterward.

Ay's reign was short. His successor was Horemheb, a general in the Egyptian army, who had been a diplomat in the administration of Tutankhamun. He may have been named as a successor by the childless Tutankhamun. Horemheb may have taken the throne away from Ay in a coup. He also died childless and appointed his successor, Paramessu who, under the name Ramesses I, ascended the throne in 1292 BC. He was the first pharaoh of the Nineteenth dynasty.

All content from Kiddle encyclopedia articles (including the article images and facts) can be freely used under Attribution-ShareAlike license, unless stated otherwise. Cite this article:
Amarna period Facts for Kids. Kiddle Encyclopedia.