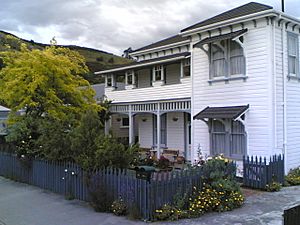 Amber House is one of the older two-storey villas in New Zealand's third founded city of Nelson in the top of the South Island at 46 Weka Street.

It is a traditional colonial-style construction using native Rimu and Matai timbers with an external brick chimney that originally served four large fireplaces.

The original, highly decorated, cast iron sewage vent pipes are still intact and visible on the exterior of the building.

From 1906 until 1927 Amber House housed a "Boarding and Day School for Girls and Little Boys" known as Cabragh House School operated by the Hornsby family from Ireland. Edwardian photographs of both the scholars and the school have been preserved. 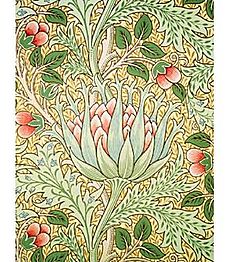 Amber House preserves a small section of its original unfaded wallpaper from the late 19th century that was revealed during recent renovations.

Because New Zealand has had for the last two centuries (and continues to have) the highest ultra violet exposure levels of any populated region on earth it is extremely rare to find used (as opposed to unused roll) examples of Victorian era wallpaper in New Zealand that have not faded badly.

This remarkable state of preservation is rather surprising considering that Nelson competes yearly with its neighbours Richmond and Blenheim for claiming the highest number of sunshine hours] in the country, with an annual average total of over 2,400 hours. 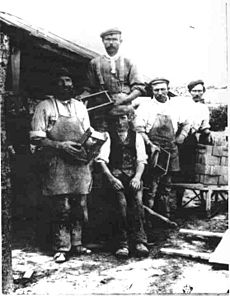 Of particular interest is the tall brick chimney on the west side of Amber House that has survived major earthquakes in 1929 (Arthur's Pass and Murchison), 1968 (Īnangahua) and 1994 without a single crack blemishing its surface.

There has been speculation that, because deep below Amber House are separate beds of shale and sand, these strata have acted like a naturally occurring analogue of the earthquake resistant of the Parliament House in Wellington to reduce the incidence of short periodicity lateral waves at Amber House during earthquakes.

The evident resilience of this old chimney means that it is even possible that it pre-dates the 1893 magnitude 6.9 Nelson earthquake that moved the spire of Christ Church Cathedral in Nelson nearly a metre out of the vertical plane. 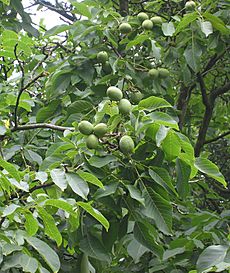 Amber House has the oldest English Walnut tree (Juglans regia) in the South Island in the back garden. Although old, this venerable tree is relatively small since, when it was originally planted, it would have been only yards from the original shoreline and on very sandy soil with the roots lacking an adequate water supply. This desiccation has resulted in an almost Bonsai like effect.

All content from Kiddle encyclopedia articles (including the article images and facts) can be freely used under Attribution-ShareAlike license, unless stated otherwise. Cite this article:
Amber House Facts for Kids. Kiddle Encyclopedia.