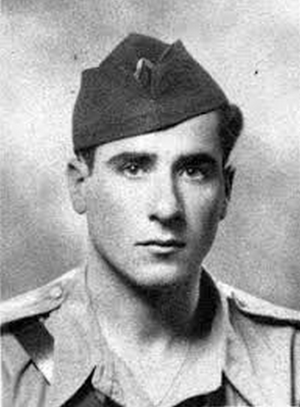 André Salvat (16 May 1920 – 9 February 2017) was a French colonel. He was a veteran of World War II, the First Indochina War and the Algerian War. He was made a Companion of the Liberation for his World War II service. He was also a Grand Officer of the Legion of Honour. He retired in April 1973. He was born in Prades, Pyrénées-Orientales.

All content from Kiddle encyclopedia articles (including the article images and facts) can be freely used under Attribution-ShareAlike license, unless stated otherwise. Cite this article:
André Salvat Facts for Kids. Kiddle Encyclopedia.