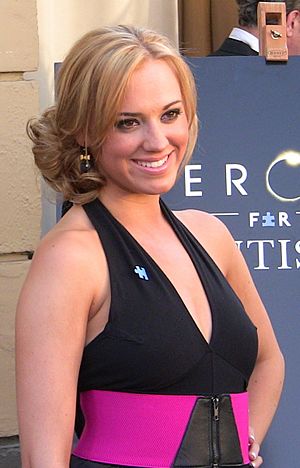 Andrea Bowen (born March 4, 1990 near Columbus, Ohio) is an American actress. She acts mostly in television programs. She acted as the character Julie in the TV show Desperate Housewives. She has gotten a few SAG awards for her television work.

All content from Kiddle encyclopedia articles (including the article images and facts) can be freely used under Attribution-ShareAlike license, unless stated otherwise. Cite this article:
Andrea Bowen Facts for Kids. Kiddle Encyclopedia.