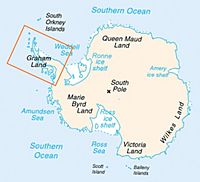 Where the Antarctic peninsula is found in Antarctica 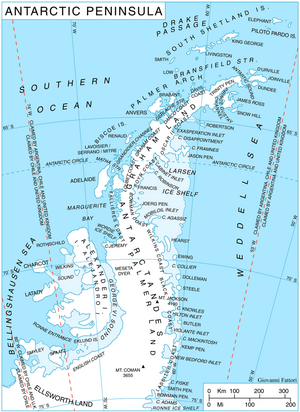 Close-up map of the peninsula

Average temperatures on the peninsula have risen by nearly 2°C in the past 50 years which makes the Antarctic Peninsula one of the fastest warming places on Earth.

All content from Kiddle encyclopedia articles (including the article images and facts) can be freely used under Attribution-ShareAlike license, unless stated otherwise. Cite this article:
Antarctic Peninsula Facts for Kids. Kiddle Encyclopedia.