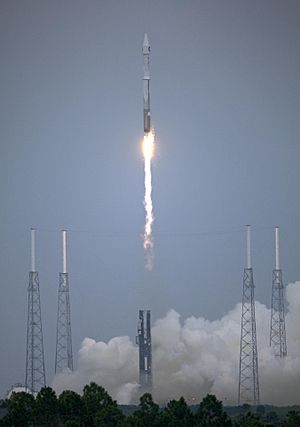 Atlas V is a type of rocket used by the United Launch Alliance (made of two companies, Boeing and Lockheed Martin) place satellites into orbit. It is 58.3 meters tall, and 3.81 meters wide. It has flown 67 times, since its first flight on 21 August 2002. It was developed from the Atlas (missile). Unlike the Space Shuttle, Atlas V is only used once, with a new rocket being built for each flight. 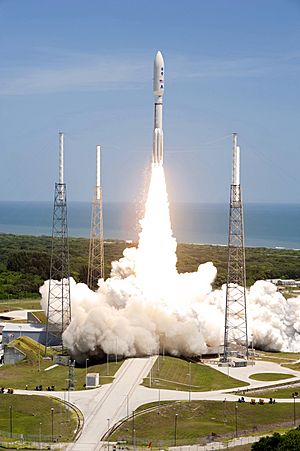 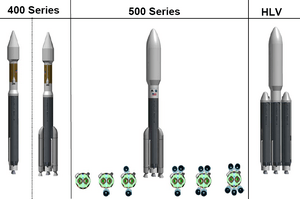 The rocket is made of the first stage, a Common Core Booster with an RD-180 engine from Russia. Every Atlas V has this as the first stage. The second stage is called Centaur, and has one/two RL-10 engines from Aerojet Rocketdyne. On top is a 4-5 meter wide fairing covering the spacecraft during launch.

All content from Kiddle encyclopedia articles (including the article images and facts) can be freely used under Attribution-ShareAlike license, unless stated otherwise. Cite this article:
Atlas V Facts for Kids. Kiddle Encyclopedia.