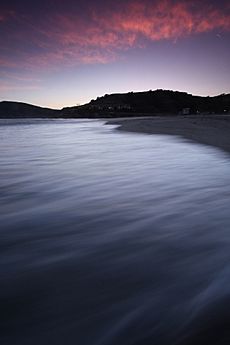 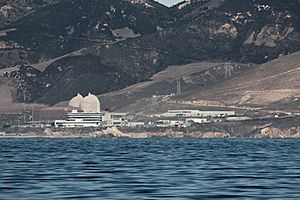 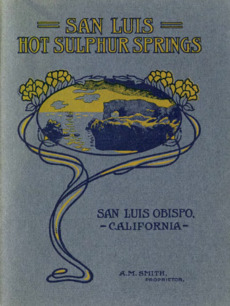 Avila Beach is an unincorporated community in San Luis Obispo County, California, USA, located on San Luis Obispo Bay about 160 miles (257 km) northwest of Los Angeles, and about 200 miles (320 km) south of San Francisco. For statistical purposes, the United States Census Bureau has defined Avila Beach as a census-designated place (CDP). The census definition of the area may not precisely correspond to local understanding of the area with the same name. The population was 1,627 at the 2010 census.

The name Avila commemorates Miguel Ávila, who was granted Rancho San Miguelito in 1842. The town was established in the latter half of the 19th century, when it served as the main shipping port for San Luis Obispo. Around this time, Luigi Marre built a honeymoon hotel here and steamboats brought customers from San Francisco and Los Angeles.

Although Avila Beach still has a working commercial fishing pier and the inland areas have extensive apple orchards, tourism is now the main industry. There are few historical structures remaining; among the oldest is the Point San Luis Light, built in 1890 after a series of shipping accidents.

In the late 1990s, Unocal began the cleanup of decades old oil seepage discovered years earlier from corroding pipes under the township, and which had caused a massive oil spill under the town. Over 6,750 truckloads of contaminated material was sent to a Bakersfield Landfill, and replaced with clean Guadalupe Dunes sand. Many of the town's homes and businesses, including several blocks of Front Street and Front Street Buildings, were razed as a result of the quarter mile wide excavation. Today, new buildings, homes, businesses, modern walkways and sea motif walls and benches take their place.

The beach is less than 0.5 miles (0.8 km) long and sheltered in San Luis Bay, which is formed by Point San Luis on the west and Fossil Point on the east. Avila Beach faces south and the 600 foot elevation of Point San Luis breaks the prevailing northwesterly winds. It is therefore usually warmer than the other beaches on the Central Coast. Most of Avila Beach is undeveloped, except for a few blocks adjacent to the beach with homes, hotels, and small businesses, and a few upscale housing developments inland near a golf course. Avila Beach is also known for its hot springs, which are used for resort spas.

U.S. Route 101 and State Highway 1 bypass this part of the coastline to the east in favor of a more direct route from Pismo Beach north to San Luis Obispo.

Average temperatures vary little during the year, ranging from the upper 40s to low 70's Fahrenheit from November through April, and from the 60's to low 80's from May through October. Average annual rainfall is 15 inches. Along with much of the California coast, winter is the wet season, with more than 70% of the yearly rain falling from December through March, while summer brings drought conditions.

In recent years, the pier has become a site for whale watching as numbers of grays and humpback whales come into bays around the pier to feed and draw crowds during the seasons.

Diablo Canyon Power Plant, the last remaining nuclear power plant in California is located in a remote part of the Avila Beach unincorporated area, about 6 miles northwest of the beach itself.

The Avila Beach Pier was featured in a Super Bowl advertisement on February 7, 2010.

All content from Kiddle encyclopedia articles (including the article images and facts) can be freely used under Attribution-ShareAlike license, unless stated otherwise. Cite this article:
Avila Beach, California Facts for Kids. Kiddle Encyclopedia.