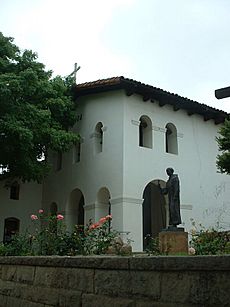 The entrance lobby and belfry of the Mission San Luis Obispo de Tolosa. A statue of Fray Junípero Serra stands outside the church. 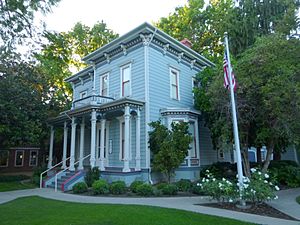 Father Junipero Serra founded the Mission San Luis Obispo de Tolosa in 1772 and the Mission is today an active part of downtown San Luis Obispo (popularly referred to as SLO or SLO-town). The small size of the county's communities, scattered along the beaches, coastal hills, and mountains of the Santa Lucia range, provides a wide variety of coastal and inland hill ecologies to support many kinds of fishing, agriculture, and tourist activities.

The mainstays of the economy are California Polytechnic State University with its almost 20,000 students, tourism, and agriculture. San Luis Obispo County is the third largest producer of wine in California, surpassed only by Sonoma and Napa Counties. Wine grapes are the second largest agricultural crop in the county (after strawberries), and the wine production they support creates a direct economic impact and a growing wine country vacation industry.

The town of San Simeon is located at the foot of the ridge where newspaper publisher William Randolph Hearst built the famed Hearst Castle. Other coastal towns (listed from North to South) include Cambria, Cayucos, Morro Bay, and Los Osos -Baywood Park. These cities and villages are located northwest of San Luis Obispo city, and Avila Beach and the Five Cities to the south: Arroyo Grande, Grover Beach, Oceano, Pismo Beach and Halcyon. Nipomo, just south of the Five Cities, borders northern Santa Barbara County. Inland, the cities of Paso Robles, Templeton, and Atascadero lie along the Salinas River, near the Paso Robles wine region. San Luis Obispo lies south of Atascadero and north of the Five Cities region.

The prehistory of San Luis Obispo County is strongly influenced by the Chumash people who had significant settlement here at least as early as the Millingstone Horizon thousands of years before the present age. Important settlements existed, for example, in many coastal areas such as Morro Bay and Los Osos.

Mission San Luis Obispo de Tolosa was founded on September 1, 1772 in the area that is now the city of San Luis Obispo. The namesake of the mission, city and county is Saint Louis of Toulouse, the young bishop of Toulouse (Obispo and Tolosa in Spanish) in 1297.

San Luis Obispo County was one of the original counties of California, created in 1850 at the time of statehood.

The Salinas River Valley, a region that figures strongly in several Steinbeck novels, stretches north from San Luis Obispo County. The remote California Valley near Soda Lake is the region most untouched by modernity. Travels through this area and the hills east of highway 101 during wildflower season are very beautiful and can be incorporated with wine tasting at local vineyards. 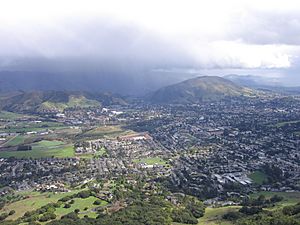 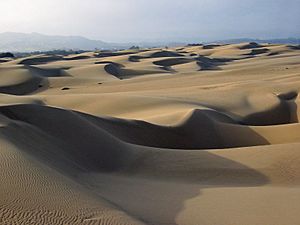 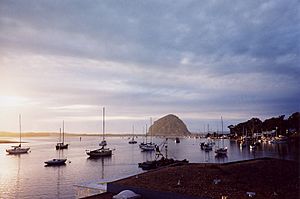 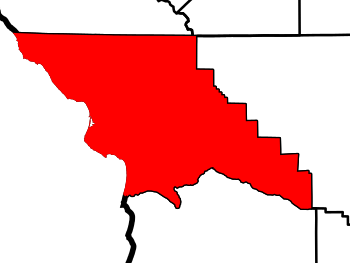 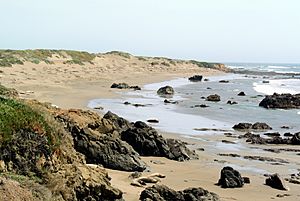 The cities of San Luis Obispo, Atascadero and Paso Robles operate their own local bus services; all of these connect with SLORTA routes. 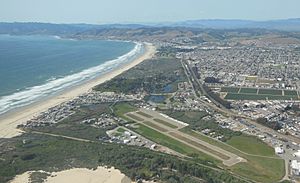 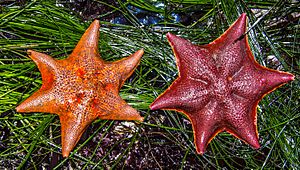 The population ranking of the following table is based on the 2010 census of San Luis Obispo County.

All content from Kiddle encyclopedia articles (including the article images and facts) can be freely used under Attribution-ShareAlike license, unless stated otherwise. Cite this article:
San Luis Obispo County, California Facts for Kids. Kiddle Encyclopedia.