The line gets its name because it goes through the stations Baker Street and Waterloo. North of Queens Park, the line runs next to the West Coast Main Line. 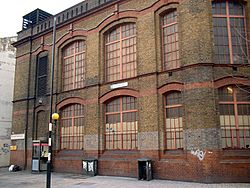 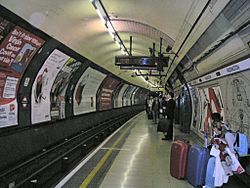 Note: For the former Stanmore branch of the Bakerloo line, see the Jubilee line article.

Between 1917 and 1982, Bakerloo line trains continued along the DC line past Harrow & Wealdstone to Watford Junction. These stations continue to be served by London Overground. 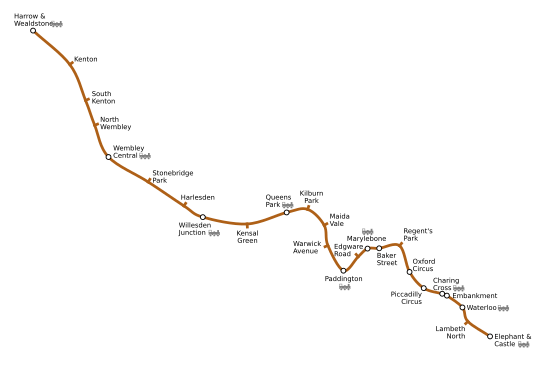 All content from Kiddle encyclopedia articles (including the article images and facts) can be freely used under Attribution-ShareAlike license, unless stated otherwise. Cite this article:
Bakerloo line Facts for Kids. Kiddle Encyclopedia.