Bandel is a town. It is located in the Hooghly district of the Indian state of West Bengal. It is founded by Portuguese settlers. It falls under the jurisdiction of Chandernagore Police Commissionerate. It is a part of the area covered by Kolkata Metropolitan Development Authority (KMDA). Bandel is a major rail junction station of Eastern Railway zone. It is 40 km from Howrah railway station. 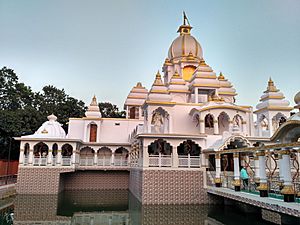 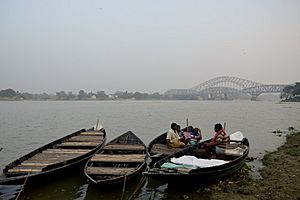 Like the rest of the Ganges Delta of West Bengal, the climate is tropical wet-and-dry in nature. The monsoon starts from early June to mid-September. Winter persists for almost three months, from mid-November to mid-February. The weather remains dry during the winter and humid during summer. 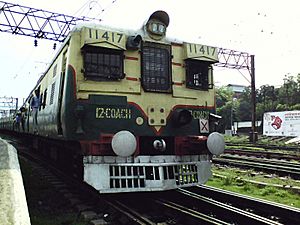 All content from Kiddle encyclopedia articles (including the article images and facts) can be freely used under Attribution-ShareAlike license, unless stated otherwise. Cite this article:
Bandel Facts for Kids. Kiddle Encyclopedia.