Kids Encyclopedia Facts
Not to be confused with Banya, Queensland or Bagnio.

Banyo is a northern suburb in the City of Brisbane, Queensland, Australia. In the 2016 census, Banyo had a population of 5,868 people.

It is a community split between residential and industrial land usage, the latter being attracted by the accessibility of local transport, including the Gateway Motorway.

Banyo and the neighbouring suburb Nudgee, with which it is intertwined in many respects, are both rich in local history. This history includes the recent preservation of an Aboriginal Bora Ring. The areas of Nudgee and Nudgee Beach border on the Boondall Wetlands, which is protected by the Brisbane City Council. 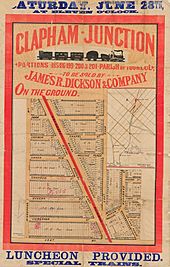 Banyo has vastly increased the number of its business and industrial parks in recent years due to its close proximity to Brisbane Airport and the nearby Port of Brisbane. Nudgee Road is progressively becoming a commercial hub due to its connection to the Gateway Motorway, with a large service centre and petrol station and with new industrial grounds under construction overlooking the motorway itself.

The Australian Catholic University chose to establish its Brisbane campus on the site of the former Pius XII Seminary, which boosted the housing market within Banyo.

The Australian Catholic University operates a free bus for students that runs from Toombul to the university via Northgate station and another bus between the university and Westfield Chermside.

All content from Kiddle encyclopedia articles (including the article images and facts) can be freely used under Attribution-ShareAlike license, unless stated otherwise. Cite this article:
Banyo, Queensland Facts for Kids. Kiddle Encyclopedia.