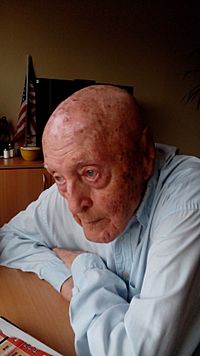 In the mid-1950s Kit began his scientific activities in the field of astronautics. He worked for 25 years in the American space research program. As a mathematician and systems analyst, he took part in projects aimed at the development of intercontinental missile systems.

All content from Kiddle encyclopedia articles (including the article images and facts) can be freely used under Attribution-ShareAlike license, unless stated otherwise. Cite this article:
Barys Kit Facts for Kids. Kiddle Encyclopedia.