Basarab I of Wallachia facts for kids 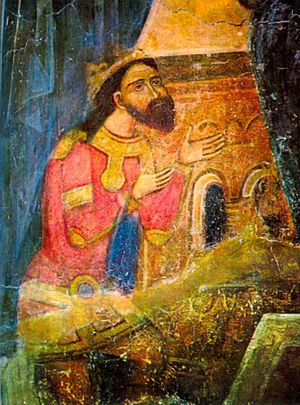 Basarab I of Wallachia

Basarab I (c. 1310/1319–1352) was an early ruler of the principality of Wallachia from perhaps as early as 1310 until 1352. He is sometimes referred to as Întemeietorul ("The Founder"), given his role in the creation of the state, together with his position as common ancestor of rulers in the Basarab dynasty.

All content from Kiddle encyclopedia articles (including the article images and facts) can be freely used under Attribution-ShareAlike license, unless stated otherwise. Cite this article:
Basarab I of Wallachia Facts for Kids. Kiddle Encyclopedia.