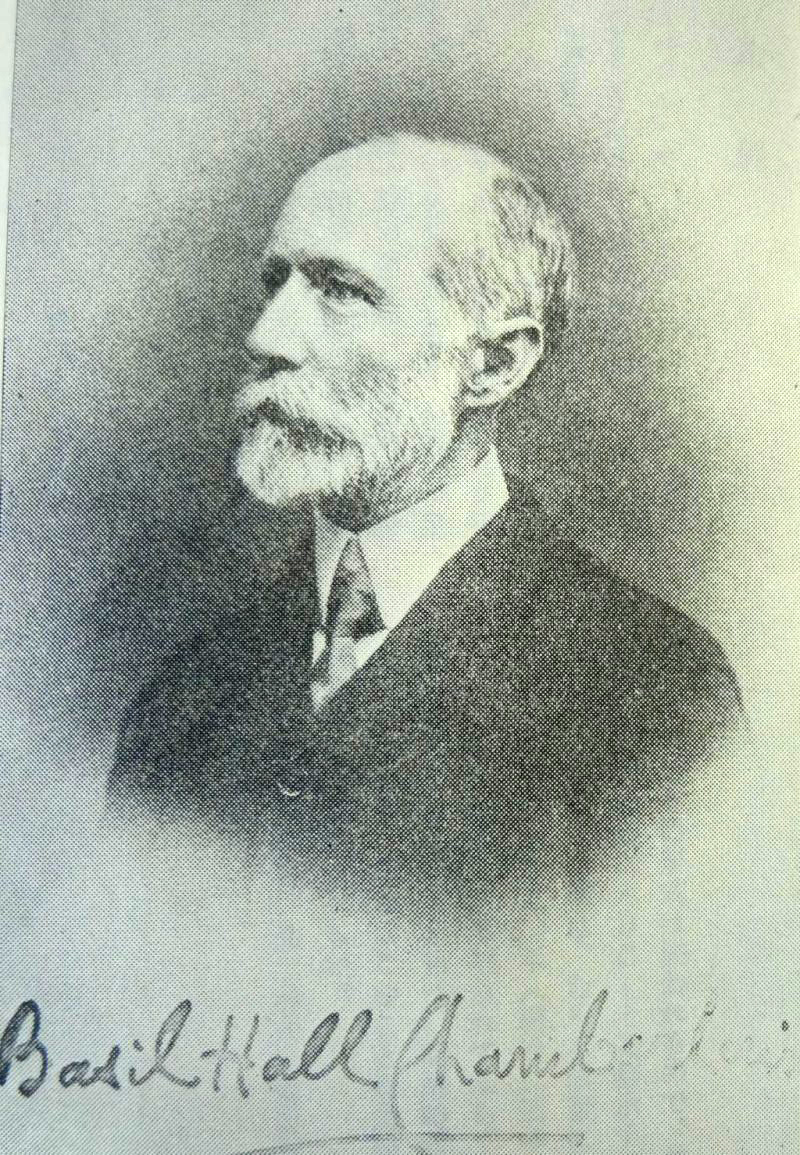 Chamberlain is best known as the author of Things Japanese, which was first published in 1890

Along with Ernest Mason Satow and William George Aston, Chamberlain was one of three major British Japanologists during the 19th century.

Chamberlain taught at the Imperial Japanese Naval Academy in Tokyo from 1874 to 1882.

He was a professor of Japanese language at Tokyo Imperial University from 1886 to 1911.

In an overview of writings by and about Chamberlain, OCLC/WorldCat lists roughly 320+ works in 860+ publications in 6 languages and 6,100+ library holdings .

All content from Kiddle encyclopedia articles (including the article images and facts) can be freely used under Attribution-ShareAlike license, unless stated otherwise. Cite this article:
Basil Hall Chamberlain Facts for Kids. Kiddle Encyclopedia.