Belleville is a city in Wayne County in the State of Michigan. The population was 3,991 at the 2010 census. It is the sister city of Machynlleth, Wales. Belleville is 15 miles (24 km) southeast of Ann Arbor and 29 miles (47 km) southwest of Detroit. 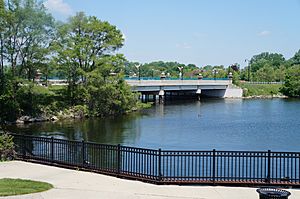 The community was named in honor of landowner James Bell by adroitly choosing the French word for "beautiful town". The hamlet was platted in 1847 with the main thoroughfares still used today designated Main, Liberty, and High Street. About 1881, the Belleville depot on the Detroit line of the Wabash Railroad began serving travelers from across the region and the country.

Belleville was established as a village in 1905, when its governance separated from Van Buren Township by an act of the State Legislature. Located on the Huron River which was a natural trade route, the village had long been a thriving center for lumber businesses with saw mills located along the shores of the river. The large expanses of woodlands were removed to make way for farmland, industry and increasing population.

According to the United States Census Bureau, the city has a total area of 1.20 square miles (3.11 km2), of which 1.14 square miles (2.95 km2) is land and 0.06 square miles (0.16 km2) is water. Edison Lake (the proper name of Belleville Lake) was created by damming up the Huron River in two places. The Huron River flows into Lake Erie. 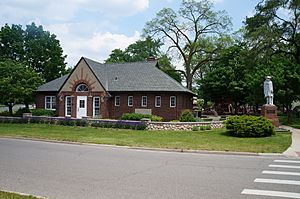 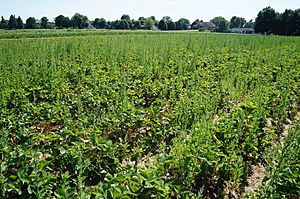 There were 1,755 households of which 28.2% had children under the age of 18 living with them, 37.8% were married couples living together, 14.2% had a female householder with no husband present, 5.2% had a male householder with no wife present, and 42.7% were non-families. 36.2% of all households were made up of individuals and 15.9% had someone living alone who was 65 years of age or older. The average household size was 2.26 and the average family size was 2.95.

There were 1,842 households out of which 26.0% had children under the age of 18 living with them, 42.8% were married couples living together, 9.0% had a female householder with no husband present, and 44.5% were non-families. 37.1% of all households were made up of individuals and 14.1% had someone living alone who was 65 years of age or older. The average household size was 2.16 and the average family size was 2.87. 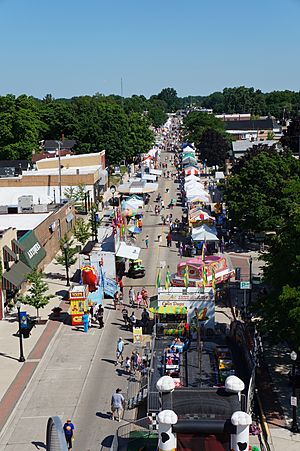 In the 1930s, Belleville had a reputation as a resort community where the wealthy of Detroit maintained getaway estates. Henry Ford and Charles Lindbergh once owned summer cottages on Belleville Lake, in the neighborhood of Harmony Lane.

The city has been called the birthplace of techno music, namely having been home to Derrick May, Juan Atkins and Kevin Saunderson, commonly known as the Belleville Three, who were instrumental in its creation.

During Belleville's annual Strawberry Festival, bands from all around perform in the downtown and make it a very large cultural exchange area.

The Belleville High School Marching Band is large with almost 300 members on the field at one time. There are over 300 people in the band program, which includes Freshmen Band, two Concert Bands, a Symphony Band and a Jazz Band. The Symphony Band has received various national honors, and performs at a consistently advanced level, especially for a high school ensemble.

All content from Kiddle encyclopedia articles (including the article images and facts) can be freely used under Attribution-ShareAlike license, unless stated otherwise. Cite this article:
Belleville, Michigan Facts for Kids. Kiddle Encyclopedia.