Belley is a commune in the Ain department. It is found in the Auvergne-Rhône-Alpes region in the east of France and is the capital of the arrondissement of Belley.

It was the capital of Bugey (Pagus Bellicensis), a historical region in Ain between Lyon and Geneva.

The distances from Belley to other cities are:

The climate of Belley, in the Köppen climate classification, is Cfb - Oceanic climate with template summers.

The inhabitants of Belley are known, in French, as Belleysans (women: Belleysannes).

Evolution of the population in Belley 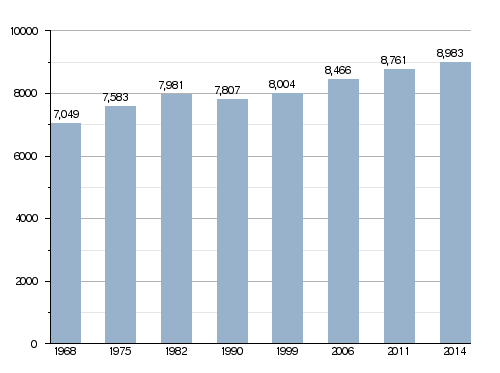 It is part of the intercommunality Bugey Sud.

The local economy is mostly based around commerce. Cheese production is also important. The commune produces a cheese called the Tomme de Belley.

The most important monuments in the commune are the Saint-Jean-Baptiste cathedral and the Palais Episcopal of Belley, both listed as monuments historiques.

All content from Kiddle encyclopedia articles (including the article images and facts) can be freely used under Attribution-ShareAlike license, unless stated otherwise. Cite this article:
Belley Facts for Kids. Kiddle Encyclopedia.