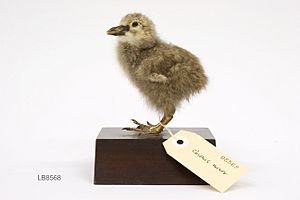 The black-faced sheathbill (Chionis minor), also known as the lesser sheathbill or paddy bird, is one of only two species of sheathbills, aberrant shorebirds which are terrestrial scavengers of subantarctic islands.

Coastlines and intertidal zones of subantarctic islands, especially around seabird and seal colonies, as well as the vicinity of human habitation. 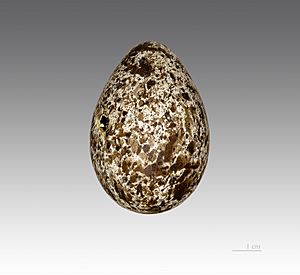 At risk from scavenging toxic wastes and from introduced predators such as feral cats, but large, scattered range with no evidence of significant overall population decline leads to conservation status assessment of Least Concern.

All content from Kiddle encyclopedia articles (including the article images and facts) can be freely used under Attribution-ShareAlike license, unless stated otherwise. Cite this article:
Black-faced sheathbill Facts for Kids. Kiddle Encyclopedia.